Decision opens door for refunds but not everyone will benefit 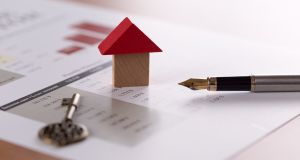 The dwelling house exemption allows someone to inherit a property tax-free provided that they have lived in it for three years before the homeowner’s death and that it was the main home of the person who has died. Photograph: iStock

Revenue has decided not to appeal a High Court judgment that allows people to inherit the family home without paying tax, even if they also inherit other property.

The decision will leave it open to applications for refunds from people previously denied access to a tax break called the dwelling house exemption.

The court ruled in September that a Dublin woman, Leanne Deane, could avail of the exemption even though she inherited more than one property in her father’s will.

The dwelling house exemption allows someone to inherit a property tax-free provided that they have lived in it for three years before the homeowner’s death and that it was the main home of the person who has died.

Critically, if a person owns even a share in another property “at the date of inheritance”, they lost their entitlement to the relief from capital acquisitions tax, better known as inheritance tax.

There is no upper cap on the relief so the value of the inherited family home is not limited.

The exemption was brought in initially by former minister for finance Charlie McCreevy to prevent a situation where someone living with and taking care of their parents is forced out of their only home by virtue of a subsequent inheritance tax bill.

Revenue interpreted that “at the date of inheritance” requirement to exclude anyone who received an interest in more than one property in the same will.

The court, in rejecting a Revenue appeal of an earlier ruling by the Tax Appeals Commission, relied on an issue of timing. It said that, if the second property – or share in a property – was inherited as part of the residue of a will, the beneficiary could not be denied dwelling house relief. In the case of Ms Deane, she had inherited interests in four other properties as well as the family home on her father’s death.

Revenue has now amended its rules on the treatment of applications for the tax break.

However, not everyone who lives in the family home and then inherits it will benefit. Anyone receiving a specific legacy of an interest in a property as well as receiving the family home will continue to be excluded.

This is because, as a specific legacy, beneficial ownership of the “other” property would transfer at the same time as the family home. Ownership of property received as part of the residue of a will would occur at a later date. It was on that basis the court ruled in Ms Deane’s favour.

Revenue acknowledged that taxpayers who paid capital acquisitions tax, at 33 per cent, on a family home which, under the now revised rules, would have qualified for an exemption, may apply for a refund of that tax.