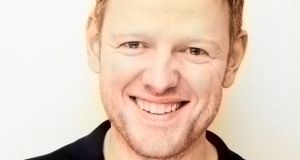 Alan Keville: “I try not to impulse buy.”

Are you a saver or a spender?

When I was in my early 20s, I was spending like it was going out of fashion. Then I hit my 30s, the house, the family, life seems to move so quickly, so now I get so paranoid about what the future holds that I feel I have to save. I would put a minimum of 20 per cent of my salary by every month in an EPP [executive pension plan] pension with Davy. I have become more responsible with age.

Do you shop around for better value?

Yes, I try not to impulse buy and never make a decision there and then. I would think about something if it was expensive and come back for it.

What has been your most extravagant purchase ever and how much did it cost?

I spent a lot of cash on my wife’s engagement ring. Considering how many times in her life she’ll look at it I guess it is worth spending a good bit of money on. She’d kill me if I said how much it cost me, but it was a fair whack.

What purchase have you made that you consider the best value for money?

I bought a painting by the Irish artist Patrick Scott about 10 years ago, as I had always been a fan of his work. He passed away a few years ago and I believe his work has nearly doubled in value, so I’m glad I splashed out on it now. It is something I can pass on to future generations in time – unless I’ve sold it by then!

What ways do you prefer to shop – online or local?

I would be a big supporter of local businesses. I live in Dún Laoghaire, and often go to the People’s Park market there on Sundays and stock up on food. It’s great to see so many independent small traders there.

Do you haggle over prices?

In my head, I always say I’m up for haggling, but when it comes to the moment I don’t have the nerve to do so. I think it’s an Irish thing – we buy something and then regret not asking for a better price after the deal is done!

Did the recession change your spending habits?

It changed my mindset completely. More so from a business point of view. When we were mid-recession, everyone was so focused on turnover and keeping their heads above water. Now it’s all about profit and loss. I spend Monday and Tuesday in the office with accounts going through cash flows and the previous week’s turnover. We would always try and work out cash flows six months in advance for the salons.

Do you invest in shares?

Yes, I have my executive pension portfolio set up with Davy and I have another portfolio with Degiro because of their really low fees. My portfolios would be split between equities, cash and bonds.

For myself, always card! We have seen a significant change with cash use in the salons. Ten years ago, we would have maybe 70 per cent transactions in cash, but now it’s more like 15 per cent, with the rest cards.

What was the last thing you bought and was it good value for money?

I bought a new dining room table for our home. It was in the sale in Meadows and Byrne, reduced by 25 per cent, so I thought that was incredibly good value.

Have you ever successfully saved up for a relatively big purchase?

Have you ever lost money?

I’ve been self-employed in the hairdressing industry for 18 years. I have lost money loads of times on various salons and business pursuits. Anyone in business that says they haven’t lost money is lying – it’s par for the course. However, I feel I have learned from my bad investments over the years. Things are good right now.

Are you a gambler and if so have you ever had a big win?

I don’t gamble, but on a once-off, I did win €2,000 at blackjack in the Fitzwilliam Casino. It was so weird walking out with that amount of money. I felt like I had robbed the place! I was buying drinks for everyone for a few weekends after. I guess it was beginner’s luck, but I wouldn’t make a habit out of it.

Is money important to you?

I try not to let it rule me, but at the same time, I have a team of 40 staff whose wages I have to pay. This is coupled with high rents in my three salons, so money is important in that sense.

How much money do you have on you now?

I actually don’t own a wallet, so nothing! My wife Alex looks after all the money.