Q&A: What’s this about a cheap new mortgage and can I switch?

Avant Money launches with lowest interest rates in market; we run the rule over options 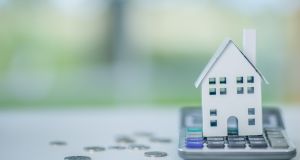 An estimated eight in 10 Irish homeowners on a standard variable rate mortgage could be paying more than they need, so switching to a fixed rate could save money each month. Photograph: iStock

Did I hear we have a new neighbour in to the Irish mortgage market?

Well, they are new(ish). As of Monday morning, Avant Money started taking applications from would-be or existing Irish homeowners for mortgages. We say new (ish) because the Leitrim-based company has actually been in Ireland for many years. It started out as a credit card company trading under the name MBNA, and then changed its name in 2012 to Avantcard. It is now called Avant Money.

A credit card company offering mortgages? Are the rates high?

Quite the opposite as it happens. The reason why the Avant Money move is big news today is that the company is offering a fixed-rate mortgage which is the lowest on the market.

And what is the rate?

It has three rates: five- and seven-year fixed rate products with the lowest of those rates pegged at 1.95 per cent. This is the first time since before 2008 that rates below 2 per cent have been available to homeowners in Ireland.

2008? Um, wasn’t that when the crash – caused mainly by access to cheap money – happened?

It was but – we are told – it is different this time because all the banks are a lot more careful to whom they lend money. So the heady days of mortgages of in excess of 100 per cent on high-priced houses being handed out to people with little or no visible means to repay them appear to be gone.

So what do these new low rates mean for me?

Well, let’s say you have a mortgage of €300,000 and have 32 years left on it and are paying a variable rate of 2.95 per cent. If you were to switch to the lowest of the rates offered by Avant Money, then you could potentially save €158 monthly. Spread out over the life of the mortgage, and assuming the rate differential exists for the duration, this would equate to savings of €60,000.

I am a first time buyer. Can I take advantage of the low-interest rate?

Yes and no, but mostly no. Under the Avant Money rules the lower rates are only going to be available to those first time buyers with a deposit of at least 40 per cent. So, if you were in the market for a €300,000 house you would need at least €120,000 saved before they would give you the lowest rate. The best you could hope for is the 2.35 per cent rate, although even at that you would need a 20 per cent deposit.

Are there any catches?

Yes there are. For a start you will need to have a substantial amount of equity in your home. The above figures are based on a loan-to-value of below 60 per cent.

Remind me again what is the average mortgage rate in Ireland?

According to the Central Bank, the average rate is 2.82 per cent. European rates are well below 2 per cent.

Why are rates here so high?

We would be tempted to blame bankers’ greed, but there is more to it than that. In the wake of the economic crash, capital rules applied to Irish banks were very strict and that forced them to restrict lending and charge more for money they did lend. Another element has long been the difficulty Irish-based banks have had when making repossessions. It is universally acknowledged that the courts process is slow and homeowners have more protections here than in other countries. While that is obviously good news for many distressed borrowers, the rules here have made it less appealing for overseas banks to move in and generate more competition.

Why are interest rates across the euro zone so low?

It is all down to the European Central Bank (ECB). It last raised its interest rates in summer 2011. Since then sluggish growth in the euro zone has kept rates at historically low levels. Given that the EU is now fighting to ease a Covid-19 recession, the ECB’s base rate is almost certainly going to remain at zero for a long time, and rates for homeowners are unlikely to rise for at least a couple of years and quite probably longer than that. That means the banks can now afford to lend at a rate of less than 2 per cent and still make money.

Is switching to Avant Money the only way to make savings?

No. The Association of Irish Mortgage Advisors says an estimated eight in 10 Irish homeowners on a standard variable rate could be paying more than they need, so switching to a fixed rate could save you money each month.

“Our members regularly meet consumers who are paying €200 – €300 a month more than they need to, which is not an effective use of their hard-earned money,” said chairman of the Association of Irish Mortgage Advisors Trevor Grant in response to the Avant Money move. “With so many offers out there many, if not most, homeowners could now secure a better deal for themselves if they shopped [around in] the market.”

But is switching hard?

It is certainly harder than switching electricity provider, but the rewards are much, much greater.

What do I need?

Paperwork. What you will need at a minimum are bank statements covering at least six months, identification, wage slips and information on all loans and money you have on deposit or all debts you have. You will also need to have your house valued to ensure you meet LTV rules.

It probably is. But if you can save 60,000 over the next 30 years, it is probably worth it. And If you are already in the market for a mortgage you might already have a lot of this documentation within reach already

Are there costs involved in switching?

You may incur a charge if you pay off your mortgage before the end of the term. This is called an early redemption fee or breakage cost and it may happen if you repay a fixed-rate mortgage early. It is important to speak to your current mortgage lender to understand the costs that could apply.

What have the other banks being doing?

The first mover in the wake of the Avant Money launch was AIB, which quickly introduced a new range of mortgages including a loan-to-value fixed rate of 2.25 per cent. The bank said its own customers who move from its current variable rate of 2.75 per cent will save €41 on their monthly repayments, with the calculation based on a 25-year mortgage with a remaining balance of €160,000 on a property valued at €350,000 and a loan-to-value of less than 50 per cent.

Customers on a standard variable rate of 3.15 per cent stand to save €89 on their monthly repayments if they switch to a three-year fixed rate of 2.45 per cent. That calculation is based on a 25-year mortgage with a remaining balance of €250,000, a property valued at €350,000 and a loan-to-value of between 50 per cent and 80 per cent.

There is nothing that motivates a bank quite like the prospect that it will lose money or market share. The more competition in the market the better it is for consumers and it seems certain that all the other mortgage lenders will have to make their loans better value or risk losing business to their noisy new neighbour.