The biggest issue for shareholders is that the address on the share register may well be out of date. 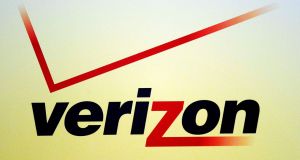 The most recent update says that about 14,600 people who held between one and 10 shares in Verizon have now sold out. Photograph: Sean Gardner/Reuters

Back in October, you wrote in a column in The Irish Times about “Verizon investors offered low-cost deal” and you mentioned that letters would be sent to shareholders in the coming week. Have those letters gone out as I have not received one? If they have, I would appreciate it if you could let me know.

Oh they have. The letters were sent out and a number of shareholders have taken Computershare up on the offer of a low-cost option to sell their Verizon shares, especially where they hold just a handful.

The most recent update says that about 14,600 people who held between one and 10 shares in the US company have now sold out. That still amounts to just 10 per cent of the shareholders with 10 or fewer shares, so, not surprisingly, Computershare says it plans to post out a reminder this month.

Of course, if you didn’t get the first letter, it is more than likely that you won’t receive the reminder either. The biggest issue for shareholders is that the address on the share register may well be out of date.

You have to remember that the genesis of your Verizon shareholding is most likely the flotation of Telecom Éireann, as it was then called, back in 1999.

Addresses are very likely to have changed in the intervening 16 years for many people, but often people forget to update their details in relation to their various stock market investments.

If you haven’t received the first letter, I suggest you contact Computershare to check whether it has the correct postal details for you.

There is a special Dublin number for such queries from Irish shareholders – 01-696 8421. I gather it will patch you directly through to its call centre at Bristol which, I am assured is fully briefed on the Verizon deal.

An alternative is to go online at investorcentre.co.uk as long as you have details of your unique shareholder reference number (SRN).

Either way, the sooner you act, the better, as I gather the reminder letters are due to be posted out by Computershare on January 14th, which is next week.

The low-cost dealing service will continue to be available to Irish shareholders until February 26th.

Does my daughter’s UK MSc course qualify for relief?

My daughter is doing a personalised nutrition MSc course in England. The duration of the course is two years and the total cost will be £8,156. She has given me a copy of form IT31. I would like to know how much of this will be allowed to me for tax purposes and will the allowance be at my marginal rate or the 20 per cent rate.

IT31 is the Revenue form for people seeking tax relief on third-level tuition fees.

The relief applies against tuition fees, including the quaintly named Student Contribution imposed by Irish colleges but not other administration, registration or examination fees, as long as those fees exceed €3,000 in the academic year.

In relation to applicants for postgraduate courses, those courses must be at least one year in duration and no more than four, so your daughter’s course applies. The applicant must also be in receipt of a primary degree or equivalent before embarking on the course.

Most importantly, the course must be in an approved college.

And this is the crux – what is an approved college and does the institution your daughter is attending qualify?

In relation to colleges outside the State, the legislation governing the relief states that they must be either publicly funded or universities and institutions of higher education duly accredited in their home EU state.

In relation to distance learning, an EU-based institution providing courses approved for the Higher Education Grants Scheme is deemed approved, as are distance courses operating within standards set down by the Department of Education and Skills. This latter group must be specifically approved by the department.

I mention the distance learning option as I am not clear from your letter whether your daughter is attending this course in person or doing it from here, as both options appear to be available for the course in question.

Anyway, as you can see, it is anything but clear to the casual eye whether your daughter’s course qualifies. I do know from looking at the website of the college offering the course that it is a private institution, so it is unlikely to be in receipt of public funds.

However, its courses – and particularly this course – are certified by a neighbouring university, so it is very possible that it is accredited.

I suggest you simply apply on the presumption of qualification. I have no doubt the department and /or the Revenue would be quick to clarify if either felt the course or college was not eligible for relief.

Send your queries to Dominic Coyle, Q&A, The Irish Times, 24-28 Tara Street, Dublin 2, or email dcoyle@irishtimes. com. This column is a reader service and is not intended to replace professional advice.