Providing a home for son on jobseeker’s allowance 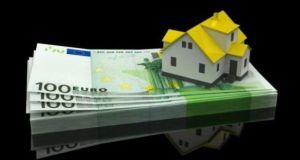 Your son is entitled under current rules to receive up to €310,000 in gifts and/or inheritances from his parents over his lifetime before he has to pay any capital acquisitions tax

My wife and I are worried that our son aged 50, who is on jobseeker’s allowance and would not appear to have any future, may end up without a roof over his head. At present he is in rented accommodation but the landlord is repossessing the property to sell it.

We propose purchasing a small cottage on one acre in the west for €37,500 for him to live in.

What are the tax implications and will there be any effect on his Department of Social Protection benefits?

No parent wants to see a child struggling, no matter at what age, and your instinct to try to provide a minimum level of security for your son is very understandable.

As I think you are aware, the eligibility rules for allowances are fairly strict and they are means tested. From your note, it appears to me that your son is living by himself but, just in case, you should be aware that when it comes to means, it is household means that are tested so if he is in a relationship that might impact on his eligibility for jobseeker’s allowance.

I assume he has already used up any entitlement to jobseeker’s benefit based on his PRSI payment record, if he ever had sufficient stamps in the first place.

When it comes to the means test for jobseeker’s, both income and capital – ie savings – are assessed. Were you to just give him a lump sum of the €37,500 that would certainly have an impact on his allowance.

However, the one thing excluded from the means test as far as I can see is the property a person is living in, as long as they do not rent some of it out. And because you are investing the money directly into buying the home, rather than giving the cash to your son to do so, it won’t count as capital at all for the purposes of the means test.

On that basis, there should be no impact on his eligibility to his current Department of Social Protection Jobseeker’s Allowance payment.

There will be a separate capital acquisitions tax issue but no tax bill.

You are effectively gifting your son €37,500. He is entitled under current rules to receive up to €310,000 in gifts and/or inheritances from his parents over his lifetime before he has to pay any capital acquisitions tax (inheritance or gift tax). So your purchase of the home for him in the west will count towards his lifetime limit – or at least €34,500 will; the balance comes under the annual tax-free small gift exemption.

This should not be a problem. You are clearly worried about your son’s future, most particularly his ability to have secure living accommodation, particularly given the increasing volatility in the rental market. It seems much better to me to make some concrete provision for him now rather than wait and simply have him inherit anything he stands to receive on your deaths in the hope that he will make sensible decisions about it at that time.

The only remaining question, I guess, is whether your son would be content living in this cottage in the west or would you simply be acquiring a white elephant. If he owned it but did not live there, it could again come into the reckoning under capital in a means test.

1 Nearly 30,000 could lose pandemic payment if they do not confirm eligibility
2 ‘No demand... because there are no people’ at well-known Dublin pub
3 Digital Hub warns of need for emergency funding from State
4 AIB concedes Covid mortgage policy was ‘regrettable’
5 Divorce: What will it cost and can you afford it?
6 Transferring the family farm without a tax headache
7 Stripe lures Dhivya Suryadevara from General Motors to be CFO
8 Revised help-to-buy scheme opens for applications
9 ‘Saudi Arabia is where the opportunities will happen in future’
10 LinkedIn confirms plan for massive campus in Dublin city centre
Real news has value SUBSCRIBE
Save money on international transfers