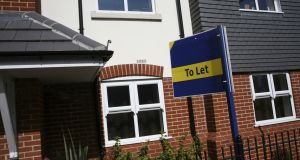 A combination of soaring rents, restrictive mortgage lending and a preponderance of contract work, as opposed to permanent, full-time work, means getting a first step on the property ladder has become increasingly difficult for millennials.

They’ve been labelled the “lost generation” but while this moniker may be overblown, there is no doubting the difficulties facing the current generation of first-time buyers. A combination of soaring rents, restrictive mortgage lending and a preponderance of contract work, as opposed to permanent, full-time work, means getting a first step on the property ladder has become increasingly difficult for millennials.

And this is despite the fact that buying a property is now often cheaper than renting one. While property prices have risen substantially from the trough, given the escalation over the past few years in rental prices, as evidenced by yesterday’s rental report from Daft, buying, rather than renting, may make good financial sense.

“In what should be startling evidence for policymakers and the Central Bank, even allowing for a 2 per cent rise over current interest rates, in very many cases it would still be cheaper to buy than rent,” said Rachel McGovern, chief operations officer with the Professional Insurance Brokers’ Association (PIBA). “This is an absolute travesty for those in the 20s and 30s age cohort.”

Ms McGovern noted that a three-bed house with a 2 per cent stress test margin on interest rates would involve a mortgage repayment of €2,338 a month, while the current rental level for such a property is €2,097.

“In Dublin 9 it’s €1,700 and €1,561 respectively,” she said, adding that the current situation was creating “a lost generation”, robbed of the opportunity to buy their own homes, which she said would be a legacy likely to follow them down through the years in terms of their financial status.

Indeed, there is a growing fear that due to the Central Bank rules the market is bifurcating into the “haves” – who have higher incomes, savings or gifts from the bank of mum and dad – and the “have nots”, who are struggling to meet the mortgage grade due to income multiples of just three times’ salary, or inadequate savings.

The problem for those on lower to middle incomes is compounded by soaring rents, which impede their ability to save enough for a deposit. Given the mortgage rules, property buyers will likely need a deposit of more than 10 per cent in Dublin, whether they’re a first-time buyer (FTB) or not.

“The schemes that are selling very well are arguably middle-market rather than traditional FTB,” said Ivan Gaine , Head of New Homes in Sherry FitzGerald, adding: “You might well sell 40 three-beds at €420,000 – and less than half that [number] at €280,000”.

This goes against what one would expect to see in a normally functioning market – ie greater sales at the lower end of the market.

Another apparent bottleneck is in those looking to trade up, with many homeowners struggling to transition from an apartment, which may be in negative equity, to a house, given the requirement for a deposit of 20 per cent of the purchase price. This has seen cash-rich people trading down grow in prominence.

“We’re seeing a higher proportion of people trading down, it’s becoming a more relevant part of our market,” said Gaine, adding that one way to help those looking to take a first step on the property ladder, or move up it, would be to allow buyers borrow up to 90 per cent on properties valued at up to €300,000, rather than the €220,000 limit imposed today. PIBA has also called on the Central Bank to reduce the 20 per cent deposit requirement to 10 per cent.

“It would help the viability of projects and would make it more attainable for people,” said Gaine.

Supply is another issue that continues to impede buyers. From January to August 24th this year, some 7,982 properties were sold in Dublin, according to the property price register, down 18 per cent on the 9,771 sales transacted in the same period in 2015.

Across the country the trend is the same. Last year, some 29,555 properties were sold across Ireland in the first eight months of the year – this year the figure has slumped, down 15 per cent to 25,107.

But will the traditional autumn selling season help reverse this trend?

According to Angela Keegan, managing director of property portal myhome.ie, the new-development trend is picking up, but the developments tend to be smaller in scope.

“There are more of them, but less in them,” she said, adding that one good sign was more new builds coming on stream outside of Dublin and Cork.

Gaine pointed to a number of new projects launching this autumn, including Wilkins View, a development of three- and four-bed homes in Walkinstown, Dublin 12.

“There is a little bit more choice; it’s certainly not enough, but inch by inch we have seen small improvements in terms of the availability of choice,” he said.

While a number of these projects, including Scholarstown Wood in Rathfarnham, consist of more than 300 homes, they are being launched in stages.

“They are large sites which will be delivered over multiple years – they won’t all hit the market at any one stage,” he says.

Another issue – albeit of a smaller scale – is the number of properties being snapped up for the rental market. Already this week there have been reports of two large apartment sales in Clondalkin and Dún Laoghaire, but the acquirers, Ires Reit and a joint venture of SW3 Capital and Tristan Capital respectively, are preparing the properties for the rental market. And in Sandyford, in south Dublin, UK property group U+I is set to build 147 apartments – but whether it will rent or sell the properties remains to be seen.

The situation presents particular problems for the few banks that remain in the Irish mortgage market. Constrained from loosening their lending policies by the Central Bank, they are struggling to grow their business. AIB, for example, said in the first half of the year that home loans were the slowest-growing part of its Irish loans business, while Bank of Ireland is doing more home loans in the UK than it is in Ireland. While mortgage drawdown figures have returned to growth of late, the business remains at about half of what analysts suggest would be normal.

1 Owner of Dundrum Town Centre to sell prized assets
2 Can a first-time buyer get relief on a buy-to-let home?
3 Over half of Ireland’s businesses in decline following Covid-19 lockdowns
4 Pilita Clark: Working from home is starting to pall
5 Thousands back petition demanding State aid for Aer Lingus
6 Seán Quinn children demand share of lost business
7 Government’s emphasis on social housing will not solve crisis
8 Heineken cautious on outlook after June pick-up
9 Microsoft to press on with TikTok deal talks after call with Trump
10 Covid Tracker app throws spotlight on Google data harvesting
Real news has value SUBSCRIBE
Save money on international transfers