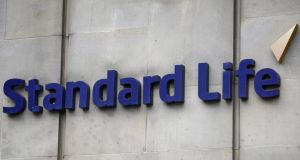 My husband and I are affected by Standard Life chaos. Our letters were posted March 3rd (15 days before deadline). We were assured by our local post office that no additional postage was necessary. We may have to consider legal action. We would like to hear from like-minded people.

In today’s post, we received a letter from Standard Life to our address but intended for another shareholder. Is he likely to have our letter? Good practice would require incoming post to be date stamped, particularly where a time deadline is involved. It would be interesting to establish if such a practice exists at Capita Asset Services who are the real culprits in all of this. The upcoming AGM on May 12th will be a good forum for dissent.

Ms E.D., email To date, for all the justifiable irritation at the outcome, the issue for Standard Life shareholders has essentially boiled down to one thing: their letters, for whatever reason, failed to arrive with Standard Life’s registrar Capita in time for them to have their preferred option for a payment as capital rather than special dividend/income registered.

Your note raises an entirely separate and, if anything, more serious issue. Standard Life has written to you, or at least a letter addressed to you as shareholders has arrived at your address.

However, you say the letter is intended for a separate shareholder entirely. This is not a mail cock-up but a mix-up at Standard Life and/or Capita.

Coming in the wake of the wider problem – a time when you would imagine Standard Life and Capita would be doing everything in their power not to further inflame matters – it is not encouraging. It also raises distinct issues in relation to data privacy. Standard Life are somewhat at a loss as to what has happened, not least as they clearly don’t have your personal details in order to track down the letters sent out. They have asked you to get in touch directly with them and I will be in touch with you on this. They tell me it is not something that has been raised with them by anyone else to date so they are currently working on the basis that it is an isolated incident, though none the less serious for that.

On the broader questions raised, I have been assured that all mail arriving at Capita was logged on arrival to ensure traceability should issues arise in relation to the deadline. Clearly though, if mail did not arrive at all, it is impossible to log. As you will read elsewhere in the paper today, a further batch of over 1,000 forms has arrived even since the original 4,000 missing letters appeared.

You accuse Capita of being the real culprits in all this. While inquiries are still ongoing, that does seem a little harsh. Capital cannot be held responsible for the failure of the postal service to deliver mail in a timely fashion, or at all – I gather some letters are still missing. It did also offer an online alternative which appears to have worked for almost everyone who had their unique shareholder reference number to hand. On the issue of considering legal proceedings, that is, of course, your right. What I will say is that, in similar circumstances last year with the Vodafone/Verizon return of capital issue, a number of disgruntled shareholders did pursue Vodafone and Computershare through the financial appeals process to the ombudsman with no success. Others were considering the legal route but were advised that they had no chance of success as the company and registrar had followed the procedure laid out to the letter – as Standard Life/Capita appear to have done. I have not heard of anyone defying that advice to pursue the legal route against Vodafone and/or Computershare.

Should I sell remaining Standard Life shares? I would appreciate your view on whether or not we should now sell our Standard Life shares, recently received the 73p per share dividend and have approx. £1,000 left in shares but the price seems to be dropping daily so thinking it would be better to sell now if they are continuing to fall and loose out.

First up, you need to remember that I am no stockbroker or accredited financial adviser. I am neither permitted by the regulator to give detailed financial advice on specific investments, not competent to do so.

What I can say is that your Standard Life holding, as such, is still worth more than it was at the outset of this exercise.

If you go back to February 19th, the day the return of value forms were sent out, every 11 shares held in Standard Life was worth £46.20 – on the basis of the trading price that day of just shy of £4.20.

In the return of value exercise, you received 73 pence per share, which amounts to £8.03 for each 11 shares held. In addition, for every 11 shares held previously, you now hold nine shares in the company. Yesterday, these shares were worth just above 467p. Multiplying that £4.67 by nine shares, you get a figure of £42.03.

Together with the 73 pence per share return of value, the total value of your original holding is now £50.06 for each 11 shares originally held – almost £4 more than at the time the documents were sent out, or 35 pence per original share.

So at least you are still ahead of where you were . I accept that picking the February 19th figure is arbitrary but you have to start somewhere and it is not an unreasonable value to take given the share price performance over the previous couple of years.

The share price has certainly come down from some of the euphoric levels at which it was trading ahead of the return of capital, but that seems to be stabilising somewhat.

In any decision, you need to take your own assessment of the likely future progression of the share price – the next real news is likely to be a trading statement around the time of the annual shareholders’ meeting next Tuesday – and your view of the merit of alternative uses for the money you have invested in the stock.

1 Who are Ireland’s 17 billionaires?
2 My father in a nursing home wants to gift me his house
3 Nama lends Cosgraves €15m to fund huge apartment development
4 Richer countries must do more to tackle climate change, Thunberg tells Davos
5 Health insurance: Switch often for your financial wellbeing
6 Irish whiskey sales slow in US but distillery visitors top 1m locally
7 Are there annual limits on inheritances or gifts to a child?
8 Long-hyped smart fridges will never run out of milk or data
9 Ryanair suing Skyscanner for allegedly selling flights through its domain
10 Builders completed 21,500 homes in State during 2019
Real news has value SUBSCRIBE
Save money on international transfers