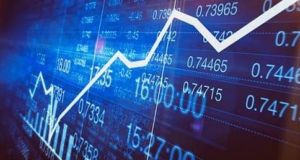 Stock markets have always been volatile, but the suddenness of the recent correction took many by surprise. Photograph: Getty Images

The recent stock market volatility has unsettled investors. Should they be worried by the recent spike in volatility? Is it better to ignore the market swings, taking a “keep calm and carry on” approach? Or might the recent turbulence suggest that things are about to get rockier for stock markets?

Stock markets have always been volatile, but the suddenness of the recent correction – the US market had been relatively sleepy over the summer months, slowly edging higher before plunging in early October – took many by surprise. This mirrored the rapid downdraft that shook markets at the end of January, when stocks suffered a double-digit percentage correction over a six-day period before the panic subsided.

Stocks have always tended to take an escalator up and an elevator down approach, to use an old market cliche, but eruptions of volatility are increasingly a feature of today’s markets, according to Wells Fargo strategist Pravit Chintawongvanich.

“If sudden market plunges out of nowhere seem to be happening more frequently than in the past, it’s not just you”, wrote Chintawongvanich in a recent note. Since 2007, there have been six instances where there was a “huge burst of volatility compared with what’s been the norm”. In contrast, there were only five of these volatility eruptions over the preceding 50 years, and not a single such instance between 1964 and 1986.

Changes in market structure – for example, the increased use of options and high-frequency trading strategies – are likely driving these eruptions, suggested Chintawongvanich.

It’s easier to sleep at night when volatility is low, of course, so investors are unlikely to welcome the fact that they may have to get used to more market panic attacks in the future. Still, while markets may be increasingly prone to occasional volatility eruptions, it doesn’t automatically follow that stocks are generally more volatile than they used to be.

Indeed, 2017 was one of the least volatile years on record, with US indices marching upwards without once suffering a pullback that exceeded 3 per cent.

Stock market volatility shouldn’t concern long-term investors, according to a 2016 paper, “The Increasing Volatility of the Stock Market?”, published in the Journal of Wealth Management. The “widely held perception” that market volatility has increased over time is partly true, the paper found, in that the average daily move is more than twice as great as it was in 1940. On a monthly basis, however, things are no more volatile today than they were in the past.

For all the fretting about complex and hyperactive trading strategies and market flash crashes, volatility “really has not changed much”, the paper concluded.

The 24/7 news cycle means investors pay too much heed to irrelevant daily fluctuations, said Robert Johnson, president of the American College of Financial Services and co-author of the paper.

Homeowners don’t worry about daily fluctuations in home equity values, he argued; long-term investors who are not planning on retiring any time soon should adopt a similarly nonchalant approach. That’s standard advice in investment circles. Unnerving market corrections are “almost as common as summers”, to quote Morgan Housel, a partner at the New York-based Collaborative Fund and a former columnist at the Motley Fool and the Wall Street Journal. Stock markets deliver superior long-term returns but volatility is the “price of admission”; if you don’t pay the price, you don’t get the returns.

Investing icon Warren Buffett goes further. In business schools, “volatility is almost universally used as a proxy for risk”, Buffett wrote in his 2014 letter to Berkshire Hathaway shareholders. That makes for “easy teaching”, but it is “dead wrong: volatility is far from synonymous with risk”. Stocks will always be more volatile than cash-equivalent holdings, said Buffett, but a diversified equity portfolio is less risky than the latter if bought and held over time.

Others suggest the reality may be more complex, however. Research from US money manager Mebane Faber shows that “volatility clustering” is a feature of downtrending markets, with the biggest one-day moves tending to occur in bearish environments. A 2011 report by Crestmont Research found that higher volatility is linked to an increased likelihood of a declining market, with the best returns likely to be found in low-volatility regimes.

In fact, it may be smart to panic when markets get panicky, according to a 2017 paper published in the Journal of Finance. Volatility can be a warning that trouble lies ahead, as it was in 2007, when markets first began to pay serious attention to the problems infecting the global financial system. As a result, say Yale academics Alan Moreira and Tyler Muir, it tends to be profitable to take on more risk when volatility is low and to take less risk when volatility is high.

Investors who sold when volatility spiked and who re-entered markets when things settled down never got out at the top or bought at the bottom. However, they avoided the worst of the damage during the global financial crisis in 2007-09 and during the bear market that followed the bursting of the technology bubble in 2000.

Over a multi-decade period, a “volatilty-managed portfolio” would have beaten a buy-and-hold approach in 16 out of 20 OECD countries, they found. Following such a strategy is apparently not beyond the reach of ordinary investors, as it only involves consulting a standard measure of volatility and trading once a month. However, while it may be feasible, it’s not necessarily advisable. Emotionally, investing can be a difficult business, and most investors are surely better off ignoring the swings in their portfolio as opposed to tweaking their asset allocation on a monthly basis.

Still, the research suggests investors should be careful not to assume that volatility spikes are invariably driven by panicked, emotional traders. “In volatile markets, there’s a lot of additional risk that investors are exposed to, and if they’re not being adequately compensated for that risk, then the right thing to do, actually, is to exit,” Prof Muir said in a CNBC interview discussing the findings. “That’s what we find in the data.”

The S&P 500 has experienced two falls of at least 10 per cent from all-time highs this year. That’s very rare, having happened only once since 1960. Even bulls, like Fat Pitch blogger Urban Carmel, a former president of UBS Securities in Asia, are concerned.

Carmel expects indices to recover from their recent weakness but cautions that “markets weaken before they reverse, and major tops are typically defined by increased volatility and a loss of momentum”. The escalation in volatility in 2018, then, is not a neutral development. “Keep calm and carry on” remains sound advice for long-term investors, but it looks like market risks are rising.