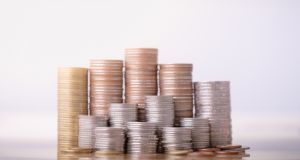 For 20 years’ work, you will get almost the same pension as someone who paid into the system for up to 50 full years.

I will be 66 years of age next year. I moved to Ireland in 1995, and started paying PRSI at that point.

So for 26 years, since 1995 to 2021. I will have over 20 full PRSI contribution years, with an expected 1,050 individual contributions up to the date I turn 66. This will give an average of 40 contributions per year since joining the scheme.

Could you give me your opinion on what level of state pension I would be entitled to.

Much of the confusion around pensions occurs because governments promise change, announce change and then dithers endlessly in activating change.

The good news in your case is that you benefit quite handsomely from all this messing about.

Traditionally, in Ireland, state pension entitlement was determined by your average number of contributions over a working lifetime. For many people, this working lifetime dated back to their teens and, especially for women, included significant periods out of the workforce.

As you only arrived in Ireland around the age of 40, your working lifetime is shorter and you have been actively working for most of it. That keeps your average higher. And as you have the minimum 520 weekly PRSI payments required, you are okay.

You also benefit because the Government has put the brakes on plans to extend the state pension age to 67 from the start of next year. That has happened after state pensions became the surprise issue in the last general election.

The Government has now long-fingered the issue at least till next June – and probably well beyond that. While you turn 66 later in the year, no change is likely to come into force now until 2022 at the earliest.

Had it done so next January, as expected, it would have cost you over €20 a week.

Finally, you benefit because the Government has not moved, as planned, to a new way of calculating state pension entitlement.

This Total Contributions Approach was originally scheduled to kick in for all new pensioners from earlier this year and would have required 40 years of paid or credited contributions in order to secure a full state pension.

Under this system, you would get only 50 per cent of the maximum state pension as, below the maximum, pension entitlement would be worked out pro rata.

The Government has not said when it will now be introduced for all pensioners. The presumption is that it has been put on ice, along with the increase in state pension age, until the yet to be formed pensions commission reports...but that’s just guesswork.

The Total Contributions Approach is available now for those people who would benefit under the calculation. Basically, you get to pick and choose which system works best for you.

So, for 20 years’ work, you will get almost the same pension as someone who slogged under the system for up to 50 full years. Congratulations, you’re a pensions winner.

1 Son putting elderly dad under pressure to sign over land
2 BOI customers to be charged twice with bank fees on New Year’s Eve
3 How to gift your child a house deposit . . . tax free
4 Family in court dispute over hotels in Dublin and Galway
5 City of London makes late scramble to limit Brexit disruption
6 Irish designer of Oxford vaccine: ‘I’ve never worked so hard in my life’
7 Workers have little idea of the cost of retirement income
8 Stripe in talks for new funding at much higher valuation
9 Irish start-up which developed facial recognition for cows raising over $50m
10 Ryanair warns it may reduce more Irish services and relocate operations
Real news has value SUBSCRIBE
Save money on international transfers