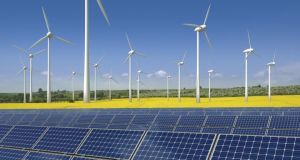 Critics of so-called ethical funds tend to lampoon the concept as one guaranteed to deliver lousy returns to sandal-wearing green types. The UK’s first ethical fund was nicknamed Brazil, for example; the joke being that you’d have to be nuts to invest it. But what kind of companies actually populate these funds? And does performance invariably suffer?

Hard green funds are certainly available. Dolmen’s Green Effects fund, for example, is based on the NAI Index developed by German magazine Nature. It contains 30 stocks focusing on solar power, wind energy, organic foods and natural products, and so on.

Socially responsible investment (SRI) funds can also appeal to more conservative tastes. In the US, the Catholic Ave Maria funds target those with “pro-life and pro-family” beliefs, while the more hardcore Timothy Plan screens out companies engaged in “unbiblical practices”. In 2010, the Stoxx Europe Christian Index was launched, based on the Stoxx Europe 600 but screening out companies that make money from pornography, weapons, tobacco, alcohol, birth control and gambling. Islamic funds are also available.

Most SRI funds, however, are far less judgmental, and many contain oil giants, banking behemoths, fast food companies, uranium miners, and so on.

This year, for example, UK defence company Cobham and Betfair Group were added to the FTSE4Good index, while Coca-Cola and Nestle have also been added in recent years.

It’s a best-in-class, gradualist approach, one that aims to change company practices by engaging with them rather than applying blanket bans. Friends First’s Stewardship fund, Ireland’s first ethical fund, takes this approach, as does New Ireland’s Ethical Managed fund.

Some claim that the SRI label has become a little too elastic. In 2010, a report from ethical financial advisers Barchester Green said many UK funds cannot justify the labels applied to them. It was particularly critical of the Zurich Environmental Opportunities pension fund, whose top holdings – Shell, BP and miner Rio Tinto – resembled “an environmental investor’s blacklist”. Other firms in the fund’s top 10 holdings – HSBC, Vodafone, AstraZeneca, Standard Chartered, GlaxoSmithKline and Tesco – did not “seem to embody much (if anything) in terms of offering environmental opportunities”, the report said.

There are other issues. Last year, a report from UK charity ShareAction found almost half (45 percent) of funds do not publish a list of all companies they hold (an issue encountered all too frequently in the researching of this article); only three funds surveyed customers to find out their ethical preferences; almost two-thirds showed no evidence of engaging with companies on ethical issues; and while 74 percent screen out gambling, only 11 per cent screen out child labour.

If there are issues with the middle-ground SRI funds, there are also intrinsic difficulties with funds that may appear more ideologically pure. Conservative investors might approve of the Ave Maria Catholic Values fund’s screening out of supposed sin stocks, but not be keen that controversial oil company Halliburton is one of its biggest holdings. Dolmen’s Green Effects fund excludes companies that produce or sell nuclear energy, which will irk environmentalists who actually support nuclear. Sceptics of homeopathy – doctors and advocates of evidence-based medicine tend to see the practice as superstitious voodoo – will query the inclusion of French company Boiron, the largest producer of homeopathic products in the world. And while many will cheer the inclusion of Green Mountain Coffee Roasters, which is well-known for selling organic and Fair Trade coffee, others may be wary due to the questions raised over its accounting methods in recent years.

Ultimately, ethics is a subjective business. David Weider, who co-founded Domini Social Investments, one of the first such firms in the US, opined in 2007 that SRI investment options “should offer more flexibility and control”. Eventually, he predicted, people would be able to create their own unique SRI fund, one that would invest according to their specific beliefs. Six years on, however, this idea seems no closer to fruition.

What of performance? “They’re a waste of money unless you are ‘ethical’,” said Mark Dampier of Hargreaves Lansdown earlier this year. “There’s over 25 years’ performance in the F&C Stewardship fund [the UK’s first SRI fund] and it hasn’t beaten the FTSE All-Share.” Tobacco stocks, in contrast, are up by more than 500 per cent since 2000, he added.

The evidence is more mixed than assumed, however. One 2007 study, entitled The Price of Ethics, found SRI funds in many European and Asia-Pacific countries strongly underperform domestic benchmarks by about 5 per cent per year. However, SRI funds in the UK and US “do not significantly underperform their benchmarks”. The latter finding is echoed by renowned US finance professor Meir Statman, who has found that the returns of SRI funds are “approximately equal” to those of conventional funds, and that SRI indices had returns roughly equal to conventional indices.

This is consistent with what is called the “no effect” hypothesis, whereby social responsibility “neither increases nor decreases returns”.

That’s not to say there are no issues regarding performance. As mentioned earlier, SRI funds outside the UK and US have been less than stellar. Narrow funds that screen out more stocks will be less diversified and therefore more volatile. SRI funds also require ongoing research and management, and that means higher fees. SRI index funds are cheaper, as Statman noted, but they still tend to be more expensive than ordinary index funds.

To many would-be SRI investors, of course, the discussion of performance and fees is secondary – they would rather do good than do well, so to speak. Still, Statman’s conclusion – “socially responsible investors need not sacrifice returns for their values, as long as they invest wisely” – should nevertheless provide some cheer for even the most unmaterialistic of souls.

Whether investors will actually find funds that truly reflect those values is another matter. Ethical behaviour, like beauty, is very much in the eye of the beholder.

1 Huawei asks Samsung and SK Hynix for chip supplies in face of US isolation
2 Pricewatch: Coronavirus has given us four categories of shopper
3 Denis O’Brien forced to lift hood on Digicel in debt restructuring
4 Aston Martin chief to leave as part of shake-up
5 Chicken farmer sues Revenue over failed family business
6 Reopening economy does not cause coronavirus spike – researchers
7 Lucy Kellaway: We will miss the office if it dies
8 How to . . . transfer your game data to a new console
9 Roll up, roll up: capitalism will drive cannabis legalisation in Ireland
10 ‘It’s great to prove your worth to these heavy hitters’
Real news has value SUBSCRIBE
Save money on international transfers