Fees are cheap but will Irish investors be tempted by computer-based advice? 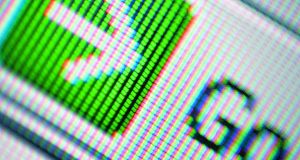 Robo-advisors’ big selling points are their ease of access and affordability.

Now London-based ETFmatic is targeting the Irish market along with 31 other European countries, hoping that investors will be attracted by annual management charges starting from 0.3 per cent. The firm’s platform is available at its website or through a mobile app, which it says is the most downloaded robo-adviser app in Europe.

Robo-advisers then manage the portfolio, taking care of matters such as dividend reinvestment and rebalancing.

Simplicity aside, robo-advisers’ big selling points are their ease of access and affordability.

Additional fees are levied by the ETF providers, ranging from 0.1 to 0.35 per cent.

They have really taken off in the US, with a lot of the big fund managers offering this service

Consequently, the all-inclusive fee for an ETFmatic portfolio ranges from 0.4 to 0.85 per cent. Low fees mean the average investor could save a “life-changing” amount of money – “hundreds of thousands” – over a 30-year period, the firm says.

A matter of time

“It was only a matter of time before robo-advisers were introduced to Ireland”, says Steven Barrett, managing director of Dublin-based Bluewater Financial Planning. “They have really taken off in the US, with a lot of the big fund managers offering this service.”

Well-known standalone robo-advisers in the US include Betterment – the largest outfit, managing an estimated $6 billion in assets – as well as Wealthfront and WiseBanyan.

Nutmeg is the UK’s most high-profile robo-adviser, managing some £600 million, although it too is facing increased competition from established names like UBS and RBS. The latter announced last year it was replacing 220 advisers with an automated system, thereby enabling it to advise customers with as little as £500 in savings.

For now, robo-advisers remain a niche option, accounting for less than 1 per cent of assets under management. However, the space is a rapidly-expanding one that may account for 10 per cent of global assets by 2020, according to a BI Intelligence report last year. Almost half of wealthy investors not currently using robo-services would consider using them in the future, according to a PwC report last year.

If firms do not respond now, they simply will not survive in the medium- to long-term

“Ignoring this state of affairs is not an option”, she said. “If firms do not respond now, they simply will not survive in the medium- to long-term.”

Their appeal is also acknowledged by Barrett. Robo-advisers give people “more choice and the option to invest in a low-cost structure with transparent fees”, he says. Their arrival “forces advisers to offer more to their clients”.

In some cases, the “low-cost” term is an understatement. WiseBanyan, for example, markets itself as the world’s first free financial adviser (it charge fees only for premium products).

Similarly, Italian operator MoneyFarm aims to attract UK clients by charging no annual management fee on balances up to £10,000. The arrival of low-cost financial advice represents the “democratisation of wealth management”, says UBS, the Swiss bank which had hitherto been synonymous with wealthy investors.

A similar point was made by the UK regulator last year in its Financial Advice Market Review. Noting that approximately two-thirds of UK retail investment products are bought without professional advice, it said up to 16 million people may be in the position of needing advice but not being able to afford it – a “financial advice gap” that could be filled by robo-advisers.

The UK “advice gap” may have been exacerbated by the 2012 decision to ban independent financial advisers from taking commission from product providers.

The question of commission-based advice in Ireland is currently being considered by the Central Bank, which last month published a number of responses to its discussion paper on the subject. Those responses indicate most financial advisers are in favour of retaining the commission model, the common argument being that high charges levied by fee-based advisers – hourly rates are often more than €100 – will result in a UK-style advice gap.

However, the commission model is ridden with conflicts of interest, and advisers’ argument regarding high fees is badly weakened by the expected expansion of low-cost robo-advisory services into Ireland.

Overall, the appeal of robo-advisers is obvious. They’re cheap, convenient, accessible to small investors, and they generally advocate investment strategies based on strong academic credentials (namely, tracking diversified indices in a low-cost manner).

However, they also suffer from undeniable limitations. Robo-advisers are fine for uncomplicated financial matters, but not for complex planning strategies requiring detailed knowledge of an individual’s situation . Their suitability for the Irish investment landscape is dimmed by the fact that tax treatment of ETFs in Ireland is notoriously complicated, with tax rates dependent on where the ETF is domiciled.

Secondly, surveys show financial illiteracy is a real and widespread problem, both in Ireland and internationally. Might less-knowledgeable investors end up in unsuitable investments? US regulators have already queried the risk measurement metrics used by robo-advisers, raising questions as to whether they are sufficiently detailed and rigorous.

Thirdly, many doubt the sustainability of the model, warning that standalone robo-advisers are faced with overcoming a lack of brand awareness and high customer acquisition costs. Many investors may be wary of investing with little-known outfits.

Robo-advice may be here to stay, but the beneficiaries may be the big players who are increasingly moving into the space rather than startups such as ETFmatic.

Finally, many finance professionals say their role is as much psychotherapist as it is financial adviser, holding investors’ hands in times of turmoil and urging them to not engage in panicked acts of self-sabotage. “Human being need human beings,” as JPMorgan’s Mary Erdoes put it last month.

“There is a lot a client will tell you over the course of a meeting that they will not disclose when answering questions online, simply because there is no rapport with a computer”, says Steven Barrett. “Or the computer may not ask the correct follow-on questions.”

Vanguard’s plans to hire 1,700 financial planners this year shows “people still want to talk to people and there still is a space for a financial adviser”, he says. “Someone who can empathise with people and get a feeling of where they are coming from.”

The future, perhaps, may be a hybrid one that merges man and machine, pairing an efficient, low-cost investment platform with occasionally personalised advice. The robots are coming, but humans are not going away just yet.