Mrs Brown’s Boys actor: I had to Google tax avoidance to see what it meant

Colm Keena reports on how members of the "Mrs Brown's Boys" cast utilised a tax avoidance scheme, as revealed by the Paradise Papers. Video: Enda O'Dowd 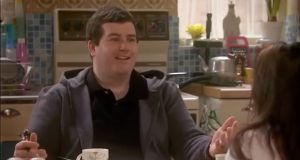 Paddy Houlihan aka Dermot in Mrs Brown’s Boys: “By the time the tax bill came around [each year], the money would be gone. I found myself constantly chasing my tail”

Paddy Houlihan, the actor with Brendan O’Carroll’s Mrs Brown’s Boys, says he still does not understand the elaborate tax scheme he used for part of his income from the hugely successful comedy show.

Houlihan, who plays the role of Dermot in the hit TV and theatre show, said he got into difficulties with his taxes as the money streamed in as the show became more successful. Money was coming from the BBC/RTÉ productions, from TV repeats shown around the world, DVD sales, and theatre performances.

“By the time the tax bill came around [each year], the money would be gone. I found myself constantly chasing my tail,” he told The Irish Times.

He sought advice from the English accountant, Roy Lyness, who does the accounts for the Mrs Brown’s Boys global operation, and who handles Houlihan’s tax returns. Emails from Lyness carry the logo – “paying 45 per cent tax is optional”.

Houlihan said he ended up entering into a contract with a UK company called Pro Fid (UK) Ltd in relation to his work for theatre performances of the comedy show. Pro Fid paid approximately 40 per cent of the money to the actor in monthly payments which were subject to Irish income tax. The rest went to an elaborate scheme involving trusts in the Seychelles and Mauritius, and the services of a number of legal firms and financial advisers, he said.

Houlihan’s lifelong friend, Brendan O’Carroll’s son Daniel, Daniel’s wife Amanda Woods, O’Carroll’s daughter, Fiona Delany, and her husband, Martin, all got similarly involved. All are part of the Mrs Brown’s Boys operation. Daniel O’Carroll and his wife ended up not using the scheme, but the other three actors did. Separate trusts were set up in Mauritius for each of the five, at the request of Lyness, who himself had a trust established and made use of the scheme. He also got a fee for introducing his five Irish actors.

His money, according to Houlihan, ended up in a trust which meant he didn’t have to pay tax because he had not received the money. However in the meantime he could access the cash by way of loans. Furthermore, he was appointed as a “consultant” to the trust and could recommend ways in which the trust’s money could be invested.

As part of his role as investment consultant to his trust, Houlihan was required to sign a letter each month containing his advice. Mostly he advised that, due to the economic circumstances, he was not recommending any investment. In his interview with The Irish Times, Houlihan said that when he did eventually recommend an investment, “they didn’t want it. Yet they hounded you every month for the investment letter [which recommended no investment]”.

He wanted to invest in a tech company but the trustees did not seem interested. In the event he invested in the tech company, Irish aviation software company Cloudcards, through the trust, using taxed income from Ireland. “They [the trustees] didn’t seem to want to invest the trust money,” he said.

At one stage he considered that the trust might invest in the house he was building for his young family, against which he had a mortgage from an Irish bank, but a lawyer recommended against it, he said.

As part of the scheme, each actor was given an account with AfrAsia bank in Mauritius, which they could access online and see their balance. They were also given a credit card. According to Houlihan, the card was to be used for expenses incurred in the course of his work as investment consultant to his trust. Charges to the card would then be repaid out of trust account.

“The credit card was part of the work as investment adviser. You could use it when looking at possible investments. I used it for two flights to the US, where I looked at investing in a house.” The expenses charged to the card and associated with this trip were paid by the trust.

When he wanted a loan from the trust funds, he would make an application to the trustees of the trust in Mauritius. Documents seen by The Irish Times show this was often done by way of email, with Houlihan and the other actors sending emails from their iPhones directing transactions involving tens of thousands of euro. Approved loans would go from the AfrAsia account to Houlihan’s bank account in Ireland. He could not say if the balance on the account would be lowered after each loan was drawn down, or whether there were separate deposit and loan accounts. Documents seen after the interview indicate that the former was the case, with the balance in each actor’s fund decreasing each time they took out a loan.

Houlihan said he did not know when the loans were supposed to be paid back. Documents seen by The Irish Times show the loans to Houlihan having terms of a calendar year, and involving a 5 per cent fee that is variously described as a fee or interest.

“I was told that I would have to pay the money back but I didn’t contemplate when that would be,” he said. “I wasn’t sure when it would be.”

The leaked documents indicate Houlihan’s first loan was for £65,626 and issued in February 2014. A year later he got a letter advising him that the due date was approaching and asking when he would be paying back the money. “I forwarded it to Roy Lyness and asked him how do I handle this? He said don’t worry about it. I don’t recall getting another letter.”

He said he was “surprised” when he was asked to repay the loan. “I didn’t think it was going to be like that.”

Houlihan said that it was his understanding that the loans he was drawing down were being “rolled over”. In total he took out about eight loans. Documents seen by The Irish Times show that by 2015 employees of the Appleby trust company in Mauritius were worried about the Irish clients, as the loans were not being repaid as agreed.

Houlihan said that as he understood matters, a large loan was issued last year, which paid off all his earlier loans. He believed the new loan was for in excess of £300,000. Asked if he could remember signing documents in relation to this transaction in 2016, Houlihan said he regularly signed documents he didn’t understand. “You never knew what the f**k was going on.”

Last month Houihan received a phone call from a reporter with BBC’s Panorama programme which, like The Irish Times, is a media partner of the International Consortium of Investigative Journalists in relation to the Paradise Papers project. The reporter wanted to ask Houlihan about the tax scheme involving the trust in Mauritius. “I was surprised and I hung up. Afterwards I had to Google tax avoidance to see what it meant.”

When he agreed to get involved in the scheme, Houlihan said, he was assured by Lyness that it was legal. “I was told the money went to a trust and it wasn’t mine until I received it, and I didn’t have to pay any tax until I got the money. I was in control of when I would pay tax.” He said it was financial planning, involving deferred tax payments.

“The first thing I thought of was the Jimmy Carr thing but I was told it was fully legal,” Houlihan said, referring to a 2012 scandal concerning the tax scheme used by Carr, the well-known comedian. Lyness marketed the scheme used by Carr.

Lyness, Houlihan said, told him it was his practice to spot loopholes in the tax system and inform the Inland Revenue in the UK, then make use of the loophole until the loophole was closed.

“I believe Roy tells the Inland Revenue (about the loophole) and they close it down and in the meantime you exploit it.” Houlihan did not know if Lyness, who does his tax returns, had told the Revenue Commissioners about the loophole.

The tax authorities “had to close the loophole but before they could close it down you could use it. It was a window of time. You could make hay while the sun was shining, and then plan the next step,” Houlihan said.

Asked if he had moved to a new scheme last year, Houlihan said he wasn’t sure. Money associated with his contract with Pro Fid was still going to Mauritius up to the first quarter of this year, he said.

Just a week before Houlihan met with The Irish Times in Dublin, the money from his AfrAsia account landed in his Irish bank account. The same has happened, he said, with Fiona and Martin Delany.

He said the deposit into his account came as a complete surprise to him, and he presumed it was linked to the Paradise Papers investigation. He wanted the money to go to an Irish company he has established, which would be more tax efficient. Asked if the money that was deposited was net of the loans, Houlihan said: “Honestly, I don’t know if the loans have been paid off.” He said he thought they had been.

During Houlihan’s interview with The Irish Times in Dublin, he appeared confused about his financial affairs, worried about the media exposure he understood was going to occur, and stressed by what was happening.

“I thought that I would be in control of the schedule of repayment (of the loans) and that the money would always come back into the tax system. It was the best of both worlds. I got my money but I was in control of when I got it.”

“It wasn’t about dodging the tax. I wanted to pay the tax.” What he wants now, Houlihan said, was to “pay my taxes and live freely the way it was up until I got the phone call [from Panorama].”

1 Coronavirus: Construction sector most significant part of new shutdown
2 Wetherspoon’s panto-villain chairman may have the last laugh
3 UK needs to be honest about its Covid-19 strategy
4 Can husband keep savings and half the house in divorce?
5 British exceptionalism backfires in style as Johnson tests positive for coronavirus
Real news has value SUBSCRIBE