New wage subsidy scheme to be re-examined over cashflow concerns 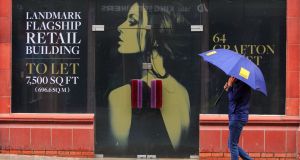 Paschal Donohoe said the economy was seeing more commercial activity now and it was thus appropriate to adjust the rates of subsidy available. Photograph: Collins

The Government will re-examine part of its newly launched €2.3 billion employment subsidy scheme to address concerns it could have a negative effect on cashflow in businesses struggling to survive the coronavirus pandemic.

The employment wage subsidy scheme (EWSS) is designed to further support employers and their staff and will run until the end of March.

It replaces the existing temporary wage subsidy scheme (TWSS) which becomes defunct on September 1st, reducing the rates of pay available to workers from a maximum of €410 to €203.

However, with the processing of claims moving from a weekly to a monthly basis, employer groups have flagged concerns that it could inadvertently lead to a “lag” of up to six weeks in receiving payments.

“If you pay your staff on a weekly basis … it can really put you on the back foot cashflow wise,” said Sven Spollen-Behrens, director of the Small Firms Association (SFA).

Moving to assuage those worries on Friday, Minister for Finance Paschal Donohoe said the issue would now be examined. “In relation to the cashflow issue, it is something that we are considering at the moment. I have asked my officials and the Revenue Commissioners to understand further the causes for the time delay into the new scheme and to look at options.”

The scheme’s predecessor has cost the State €2.7 billion to date and the projected costs of the EWSS is €2.25 billion, meaning a total bill approaching €5 billion for the first year of the pandemic. So far more than 600,000 workers have received payments across more than 69,500 businesses.

One of the key differences is that the scheme will be open to new employees, as opposed to pre-existing employees.

In order to qualify, companies will have to show they are expecting to operate at no more than 70 per cent of turnover or orders between July and the end of the year, based on the same period last year, and that this reduction is a direct consequence of the pandemic.

They must also obtain a tax clearance certificate, a stipulation the Government justifies on the basis of the sizeable cost of the scheme to the exchequer. Employers will continue to benefit from a reduced PRSI rate of 0.5 per cent.

The reduction is part of an overall aim of keeping costs under control but it has sparked some concerns.

Defending the move, Mr Donohoe said the average rate for new employees coming onto the current scheme is about €230, as compared to about €290 for those who joined earlier.

“We brought in those [original] subsidy rates at a time in which there was no trading taking place within our economy,” he said.

“The economy is now reopening. We are seeing trading taking place now … but it is happening at a lower rate. I do think it is appropriate now that we are seeing a lot more commercial activity taking place … that we adjust the rate of the subsidy slightly.”

Concerns remain, however. Speaking on RTÉ Radio 1’s Today with Claire Byrne show, Neil McDonnell, chief executive of the Irish Small and Medium Enterprise Association, expressed fear that job losses would be “inevitable” due to changes in the subsidy.

Fergal O’Brien, director of policy and public affairs at the employers’ group Ibec, said the 70 per cent turnover threshold was too rigid given some companies would fluctuate over that mark, and called for a tiered alternative. The SFA said this, and other issues, required further clarity.