What is the public service broadcasting charge?

How the licence fee replacement will work 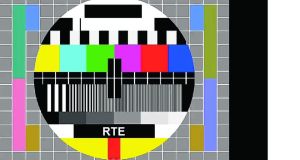 The RTÉ test card. Most of the money from the new charge will continue to go to RTÉ to fund its range of services

A “device-independent” replacement for the television licence fee, meaning it is not tied to ownership of a television set. Similar taxes have been introduced in Germany and Finland.

The rate for households will remain at €160, the level of the existing licence fee, the Minister has pledged. The charge will be levied on occupiers rather than owners of households and it is expected to apply from 2015.

The charge is expected to raise an additional €30 million in funds for public service broadcasting, as the Government is hoping a more efficient collection mechanism will reduce evasion rates from the current estimated rate of 17-20 per cent.

Most of the money will continue to go to RTÉ to fund its range of services. TG4 and the Broadcasting Authority of Ireland’s Sound and Vision fund, which can be accessed by independent television and radio producers, will also receive a slice.

The Minister has ruled out directly giving a portion of the funds raised to the commercial radio sector. TV3 has not sought public money.

One rationale for the change is that more people are consuming public service content on laptops and mobile devices, and do not own a television set. However, figures from Ipsos MRBI published earlier this year found that 85.4 per cent of all viewing takes place on a traditional set in the home.

Only 3 per cent of the 912 people aged 15-plus surveyed by Ipsos MRBI had viewed audio-visual content the day before on another device only.