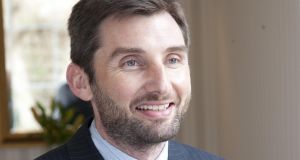 Communicorp chief executive Gervaise Slowey said Mr McCormack’s track record in commercial development, sales and marketing would be “invaluable to the future growth” of the station.

Although it is still the second biggest radio station in Ireland behind RTÉ Radio 1, Today FM has been losing listeners in recent times. The most recent Joint National Listenership Research (JNLR) survey suggests that it has 415,000 daily listeners, down about 60,000 over the past year.

Before joining 98FM, Mr McCormack worked for Fáilte Ireland in various roles including director of its Visit Dublin campaigns and head of events. Mr McCormack has also had marketing roles in Greenstar and Glanbia.

“I am looking forward to working with such a talented group of people both on and off the air,” Mr McCormack said.