Students ‘spread the glamour’ for Rimmel 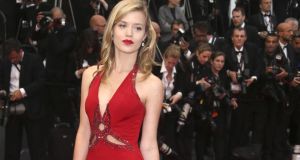 A bus shelter wrapped in leopardskin, “edgy” red-carpet style and a television ad filmed at a mocked-up festival were among the creative ideas for a Rimmel campaign pitched by teenagers taking part in OMD’s work experience week.

The advertising agency, which says the aim of the annual programme is to give students “a tangible insight into the media industry”, challenged 20 transition year students from five schools to design a campaign for global beauty products manufacturer Coty.

Using the slogan “get the London look”, Rimmel operates at the value end of the make-up market and aims its eyeliners, mascaras, lipsticks and other cosmetics primarily at 15-24-year-old women.

Kate Moss has been the main face of the brand since 2001, and all of the teams stuck with the 39-year-old supermodel for their campaigns, with one team also including Rimmel’s more recent signing, Georgia May Jagger, model and daughter of Rolling Stone Mick Jagger.