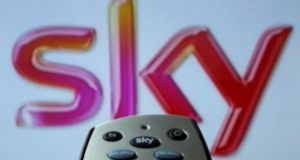 Strong demand for pay TV in Britain and a record jump in customer numbers in Germany helped Sky to post a 16 per cent rise in first-half adjusted operating profit in its maiden results as a European pay-TV group on Wednesday.

Sky, which was formed from the combination of Britain’s BSkyB, Sky Deutschland and Sky Italia to serve 20 million customers in Europe, said it had also seen a significant decline in the number of people leaving their platforms.

Overall the group posted first half adjusted operating profit up 16 per cent to £675 million, well ahead of forecasts of £644 million in a consensus provided by the company.

“Alongside our continued strength in the UK and Ireland, the acquisition of Sky Italia and Sky Deutschland gives us an expanded opportunity for growth,” chief executive Jeremy Darroch said.

“Both businesses had a strong quarter.”

Having seen off a string of challengers to dominate its home market, BSkyB in June embarked on a plan to enter Germany, Austria and Italy by buying Rupert Murdoch’s assets in those markets - countries where pay-TV is not yet as popular or profitable.

The first set of results as a combined company indicated the group had got its timing right.

While adding 204,000 new customers in Britain and Ireland, the highest growth in nine years, it saw record growth in Germany and the best growth in Italy in 12 quarters, helped by fewer customers leaving the platform.

1 KBC Ireland fined €18.3m for ‘unconscionable’ tracker scandal role
2 Dublin and Cork airports look at setting up pre-flight Covid testing centres
3 Irish company to test vaccines on volunteers deliberately infected with Covid-19
4 Facebook forced to confront moment of truth on data privacy
5 Dunnes Stores set to enter grocery delivery market
6 The wealth of the Irish – how do your assets match up?
7 Willie Walsh joins CarTrawler as deputy chairman
8 Should I switch bank now with Ulster Bank at risk of closing?
9 Eir takes on extra staff as ComReg chases it on complaints
10 JPMorgan Chase halts plans to bring back workers to London base
Real news has value SUBSCRIBE

The wealth of the Irish – how do your assets match up? 12:16
Commission ready to clamp down on sweetheart corporate tax deals 11:01
KBC Ireland fined €18.3m for ‘unconscionable’ tracker scandal role 11:00
JPMorgan Chase halts plans to bring back workers to London base 10:53
Women accounted for 60% Iseq board recruits in 2019 10:05
Search executive
jobs on irishtimes.com