State broadcaster is looking for €165,000 for 12-month sponsorship of weekend show 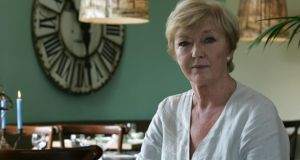 The Marian Finucane show is one of Ireland’s most listened to radio shows. Photograph: Eric Luke /The Irish Times

The show, which is broadcast on Saturday and Sunday from 11-1pm, is Ireland’s third most popular national radio show with 376,000 listeners while the Sunday Show is the fourth most listened to show with a weekly listenership of 363,000.