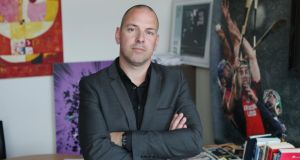 RTÉ Two has commissioned a major new docusoap called Connected, in which five people are given cameras to film their lives. Originally an Israeli format, Connected will be made for the channel by Animo Television and Kite Entertainment, and will have at least 20 episodes, with additional web content.

RTÉ Two channel controller Bill Malone describes the series as “a social experiment” by the broadcaster. “We’re not talking about scripted reality. I wouldn’t be a huge fan of scripted reality,” he says.

Production has already begun on the show, which will have a “mainly female” cast. The footage shot by the participants, who don’t know each other, will be supplemented by other filming and then collated into “themed episodes”, giving a snapshot of Irish lives. Malone says the series “turns the production model on its head”, with the stories taking shape in the editing room rather than during filming. “It makes for an amazing narrative.”

Armoza Formats, the Israeli company that owns the Connected format, describes it as “an incredible journey into the very real, and uncannily connected, lives of men and women in a way you’ve never seen them before”.

The show taps into the confessional “culture of online self-exposure”. Five parallel stories unfold “and gradually become connected” as each participant does that thing that is common to almost all reality series: goes on a metaphorical journey.

Malone says RTÉ Two is “laying down some markers” for next autumn, when it hopes to build on the beginnings of a turnaround for the station. “It is about big public service statements that make the audience talk about us,” he says.

The channel controller, who was appointed to his role last spring, says RTÉ Two had its best autumn season in five years, as “big successes” including Damo & Ivor, The Mario Rosenstock Show and the Reality Bites documentary strand helped arrest a slide in viewership among 15-34-year-olds. From September to December, its peak share among this target demographic grew 2 per cent, while over Christmas , it grew 16 per cent.

Malone’s mission is to continue adding “entertaining, provocative, noisy” programmes to the RTÉ Two schedule. The first two Reality Bites documentaries in 2014, Donal Walsh - My Story and What Kelly Did Next, “really cut through” to audiences, he says.

Viewer hit Don’t Tell the Bride, currently in the middle of its fourth run, will tonight feature its first civil partnership, while Reality Bites and The Takeover will both return to a factual-led Thursday night schedule. Sports chat show Second Captains has also been recommissioned for Wednesday nights.

The “older-skewing” Sunday night schedule will include nine-part drama Vikings, which begins this weekend, as well as Australian import Secrets and Lies, Italian mafia series Gomorrah and “the best of world cinema”, with movies such as A Prophet, I Am Love and The Kite Runner lined up.

Golden Globe-winning import Brooklyn 99, panel show Next Week’s News, and The Centre – a sitcom starring Katherine Lynch, Jennifer Maguire and Sherlock actor Yasmine Akram – will be added to Monday’s comedy night. The latter has “practically an all-female ensemble in the comedy, which is very, very rare, and risky”, says Malone.

Although RTÉ Two is a mixed-genre channel, in peak time Malone’s job is to attract the 15-34s – “they’re the ones that really matter” – with 18-24s “the sweet spot” within the group. “Younger audiences are entitled to be both entertained and informed. What is not acceptable is when the only frame of reference for young people is UK and US programmes.”