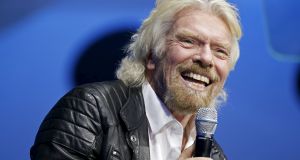 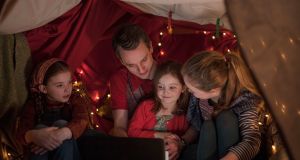 A hologram of Richard Branson features in Virgin Media Ireland’s new television ad, part of its new campaign to boost its broadband customers.

In the 40-second ad the grinning entrepreneur saves the day by showing a man how he can keep his three nieces entertained via a Virgin Media box and its 360MB broadband offer.

The ad, made for Virgin Media by its creative agency Irish International with media buying by OMD, is the latest salvo in a wave of intense marketing by telecoms companies in Ireland as they jostle for customers: Sky and Eir have both been running high-frequency campaigns in recent months, while Vodafone has also been promoting its new television service.

Meadhbh Quinn, head of brand and marketing at Virgin Media Ireland, said the campaign was designed to highlight the company’s leadership position in broadband. The full-length ad will be accompanied by a 10-second spot outlining its triple-play bundles.

They will be followed in April by an ad promoting the company’s mobile offering, which it launched late last year. This ad will also star Branson as a saviour figure.

“We’re trying to bring Richard very much to the heart of what we’re doing,” says Quinn. “Richard is the shorthand to the brand.”

But it also wants to talk about its products, including television platform Horizon, a little more than it did in the “bombastic” ads that launched the Virgin Media brand in Ireland in October. “Customers are very aware of the brand now, but they’re not necessarily aware of the products we sell,” says Quinn.

Virgin Media will spend about €2 million on this campaign, about 30-35 per cent of which will be devoted to digital advertising, and further “sustained bursts” of marketing throughout the year.

Branson does not own the company. He has a tiny shareholding in Virgin Media, which is controlled by Liberty Global, the cable giant that is part of a media empire controlled by billionaire John Malone.

Branson’s Virgin Group licenses the use of the Virgin name to the telecoms company. Under this agreement, Virgin Media in the UK and its Irish subsidiary shares access to Branson for marketing purposes for a certain amount of time. The UK brand has not used him prominently in recent times.

Quinn says it’s to the advantage of the Irish company that he is less exposed in this market, yet still retains positive associations from the days (1990 to be precise) in which his Virgin Megastore on Aston Quay in Dublin sold condoms over the counter, which at that point was still illegal in Ireland.