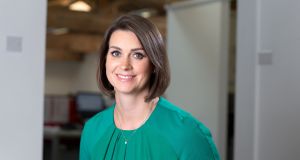 The Dublin-based PR consultancy also saw its income rise by 1.5 per cent to just more than €3.1 million in the year to the end of December 2016.

The agency’s managing director Anne-Marie Curran told The Irish Times that the improved profit performance was attributable to a “strong portfolio of clients”, a different mix of fees and good cost management.

Accounts for Drury Communications Ltd show that its administrative expenses reduced by 12 per cent to €603,789. Its cost of sales was flat at €1.9 million.

It now has a governance board and an advisory board. The governance board comprises Billy Murphy as chairman, Ms Curran, finance director Sinead Birt, Paddy Hughes and Patrick Resk, an executive with Porter Novelli in New York.

Commenting on trading in the current financial year, Ms Curran said: “We’ve had a very strong first half of 2017 and we’re well positioned for another year of growth. Our clients are very active across a range of disciplines.”

Ms Curran said the agency was “investing for growth” in terms of “people, systems and training for development”. Recent new hires include Eimear Galvin, now head of its health and wellness business, Paul O’Brien, a former senior adviser to government who has been appointed as a director, and Gavin Coffey as digital director.

The accounts show that Drury had 26 staff during 2016, up three on the previous year. Total payroll costs rose by 4 per cent to just under €2.1 million.

Commenting on the effect of Brexit on Drury’s business, Ms Curran said: “Brexit has created uncertainty for clients but it’s not definitively affecting us. It impacts on business confidence generally, which in turn has an impact on companies across the board.”