Gráinne McAleer on getting ‘real conversations’ and happy endings on screen 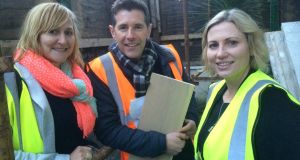 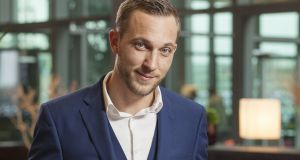 First Dates maître d’ Mateo Saina is described as “very sweet, a lovely guy, with a novel turn of phrase”.

As RTÉ head of lifestyle, Gráinne McAleer oversees about 20 television series every year, including RTÉ One viewer magnets Room to Improve and Operation Transformation and RTÉ2’s Don’t Tell the Bride. And she’s conscious that the word “sweet” keeps popping up when she talks about her shows.

The success of Room to Improve partly springs from its positive, “life-affirming” endings, she says, while the Irish version of the Don’t Tell the Bride format differs from the “much more extreme” BBC original by being “sweeter and more fun – there’s always a happy ending”. No car crashes.

First Dates, which like both Room to Improve and Don’t Tell the Bride is made for RTÉ by Coco Television, is the next show that’s designed with an “awww” factor in mind. “It’s really sweet,” McAleer says.

The twentysomethings on the dating show “don’t all click”, but the producers do try to put together who they think will make good matches based on the advance interviews. Channel 4, which made the original, “realised very quickly that setting up mismatched people doesn’t make good telly”, she notes.

The restaurant-set First Dates has a regular Cupidesque figure in the shape of experienced maître d’ Mateo Saina. “He’s very sweet, a lovely guy, with a novel turn of phrase.” But the main stars of the show, which was filmed in January, are its young daters.

The unobtrusive way in which the series is shot, via a fixed-rig system, means they quickly forget about the cameras.

“People behave incredibly different to how they would if there was a cameraman circling around them as they speak. The performances are naturalistic – you do feel like you’re eavesdropping on real conversations,” McAleer says.

“They’re not self-conscious because they are used to publishing everything about themselves.” And they’re all on Tinder: “One of the first conversations they almost always have is ‘are you on Tinder?’”

McAleer won’t reveal her audience targets for the show, which will air on RTÉ2. “What I would hope is that First Dates would do as well as Don’t Tell the Bride with 15-35-year-olds,” she says.

The premium slots are on RTÉ One on a Sunday, when At Your Service gets about 500,000 viewers before the news, while lifestyle programmes now get a greater share of the 9.30pm hour once dominated by drama. Room to Improve has been attracting almost 600,000 viewers to the slot, including a share of more than 40 per cent of the 35-44-year-olds watching television at the time.

There were only four episodes in the latest run because of the timings of the building projects involved - the fungal-afflicted house featured in last week’s final part was only just finished and the editing “went right down to the wire”.

As the projects can take up to 18 months, she commissions two series at a time - eight episodes will air in 2017 and she will soon take a decision on whether to go ahead with 2018 and 2019.

It can be hard, she says, to find presenters with “expertise and likeability”, but in Dermot Bannon, the “architect next door”, RTÉ has been lucky. It knows from its focus group research that viewers don’t like people “lecturing at them or finger-wagging”, but Bannon is self-deprecating and real. “He’s not the typical presenter we would have gone for, but he’s turned out to be a big star.”

Winter staple Operation Transformation has also just wrapped, but McAleer now has Home of the Year on her plate and new shows What Are You Eating? and My Money and Me coming up, while the autumn will see the return of You Should Really See a Doctor with Dr Pixie McKenna and Dr Phil Kieran.

In its latest commissioning round for four-part “lightly formatted” Sunday night series, the brief to independent producers mentions Back in Time for Dinner, Victorian Bakers and The Real Marigold Hotel (all BBC) and Child Genius (Channel 4) as examples of shows RTÉ has recently liked.

Is there any topic that she doesn’t currently have a show about, but would like to get on the schedule? “Parenting,” she says. “We would always like to crack a really interesting and innovative parenting series.”

She mentions Channel 4’s The Secret Life of Four-Year-Olds (it also did years five and six), another fixed-rig series, as a strong offering. “It was like watching a wildlife documentary.”

But her intention is not to commission a copycat version. “I wish we had done that,” she says. “Now I want to do something different.”