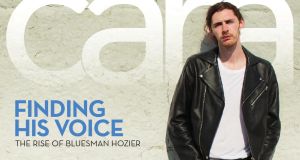 Last year, Image secured an extension to its contract with Aer Lingus to continue to publish Cara

The company behind women’s glossy magazine Image and Aer Lingus’s in-flight title Cara, made a profit of €406,128 last year, reducing its overall losses to €714,702.

Dun Laoghaire-based Image Publications Limited is part-financed by long-terms loans from two of its directors, Robert Power and Ann Reihill.

Newly-filed abridged accounts show shareholders funds for the year ending December 31st 2015, totalled €389,644. This compares with a €1.1 million deficit for 2014.

The company, which employs 31 people, said staff costs, including wages and salaries, totalled €1.67 million last year, up from €1.62 million a year earlier.

Publishing industry veteran Kevin Kelly, who launched Image magazine in 1975 with his wife Rose, sold his stake in the company to Mr Power in 2010.

Last year, Image secured an extension to its contract with Aer Lingus to continue to publish Cara, which was ranked Ireland’s third most-read magazine in 2014, according to TGI.

Image was named publishing company of the year at the Irish Magazine Awards in both 2013 and 2014.