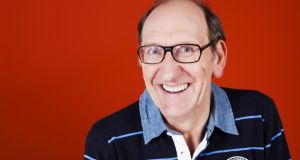 Former head of 2fm John Clarke wasn’t too pleased when the current supremo Dan Healy revamped its schedule in 2014 to court younger listeners, exiting his Sunday show on the station with the on-air regret that “my interest in music cannot be accommodated here”.

Happily for Clarke, Radio Nova, the rock-focused station covering the greater Dublin area but available nationally via its smartphone app, will be accommodating Clarke’s interest in music this Sunday from 10am to 2pm, when he sits in for Mike Moloney.

Radio Nova chief executive and programme director Kevin Branigan said he was “chuffed to bits” that Clarke was making a “pop-up” appearance on the station. “I know our listeners and the tens of thousands that used to listen to him on 2fm will love hearing him back on air once again.”

Although Clarke has done a stint on digital station RTÉ Gold since leaving 2fm, his Nova song request show will be his first time on FM since his final show on 2fm, in which he also lamented that radio was now “all about Kim Kardashian, comedians telling jokes and TV celebrities – even last week I was listening to a music radio station and they spent 20 minutes talking about cleaning an oven”.

The Nova show, like his RTÉ one, will be quaintly titled Ireland’s Biggest Jukebox.