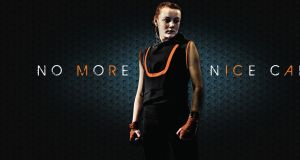 Advertising effectiveness: Tae won do fighter Isabel Lehane, who appeared in the Nissan Ireland 2017 ad, which helped drive sales of the Micra

An advertising campaign’s success in persuading younger drivers to buy the latest version of the Nissan Micra car proves the value of creating Irish ads for the Irish market, says the award-winning agencies responsible.

Dublin creative agency In the Company of Huskies and media buyer Spark Foundry were the main winners at the Institute of Advertising Practitioners in Ireland’s biennial ADFX awards last Thursday night, claiming the Grand Prix for its No More Nice Car campaign for Nissan Ireland.

The campaign included a two-minute film directed by Dermot Malone and featuring teenage tae kwon do black-belt Isabel Lehane, from Ashbourne, Co Meath. It became a viral hit online last April, clocking up 320,000 views in 48 hours and sparking media interest in its star.

The theme of the ad urged viewers “not to be held back by preconceptions”, which echoed Nissan’s global mission to shake off the Micra’s reputation as a bland, dull car.

The car company unveiled a radically new Micra in 2017, but the Micra name was still associated with the old model that had been lampooned by Irish motoring journalists for being a “blue-rinse special”.

“We knew in Ireland we had this specific challenge,” said Jonathan Forrest, chief executive of In the Company of Huskies, who praised client Nissan Ireland for taking “informed risks”.

“The work we did was in response to a European campaign that we felt was a bit of a one-size-fits-all solution for European car markets,” said Mr Forrest.

Aimed at younger and more urban drivers who had not previously been Micra customers, the Irish campaign notably did not run on television. Mr Forrest said this was “about going to where the audience was”.

“We were looking for a fresh approach,” said David Hayes, the agency’s director of social, search and performance media. “You have to push it a bit. Every industry can be guilty of doing the same old boring stuff.”

The Advertising Standards Authority for Ireland later upheld in part complaints about the cinema version, concluding it had implied that violence (tae kwon do skills) were an appropriate response to bullying.

While sales of the Nissan Micra were perhaps always on track to rebound thanks to the new-and-improved model, the relaunch was particularly successful in the Irish market, where the Micra doubled its share of the small car segment to 10 per cent. In other markets, where local ad campaigns didn’t run, it maintained a 2-4 per cent share after launch.

Other carmakers, such as Toyota and Volkswagen-owned Skoda, have also found favour with Irish drivers over the years by making Irish-specific ads.

Across the ad industry, however, the value of local work for the local market is a message that Irish agencies have had to repeatedly drive home to international clients. A number of blue-chip clients stopped commissioning Irish advertising during the recession, substantially denting revenues in Irish ad land.

“There was a retreat back to global, homogenised work and the reality is that is probably what advertisers have to do in a recession,” said Mr Forrest. “But when you do smart local work, you gain better effectiveness. That is where we can get back to.”

1 Are there annual limits on inheritances or gifts to a child?
2 Opioid executive admits to ‘no morals’ ahead of prison term
3 My father in a nursing home wants to gift me his house
4 Who are Ireland’s 17 billionaires?
5 South Dublin Credit Union members urged to borrow more to ensure survival
6 Fallon & Byrne founders McHugh and Byrne exit group
7 From chips to €14bn in trade: Ireland and Italy’s enduring exchange
8 Council tells Johnny Ronan firm to keep the noise down at D4 Embassy venue
9 EU banking watchdog describes rejection of Cross nomination as ‘unfortunate’
10 ‘If you don’t like challenges, you should not be in the airline business’
Real news has value SUBSCRIBE