‘Not all doom and gloom’ for brands in age of social media backlash, says Lisa McDonald 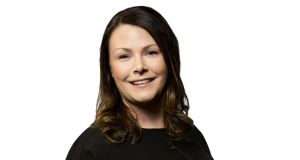 When Storyful was set up as a “social news agency” in 2010 to help newsrooms verify information on social networks, few could have anticipated the scale and sophistication of bot-driven “fake news” that would exist eight years later.

Storyful’s analysis of social content can provide an early warning to companies that “an attack is pending on their brand”, said Lisa McDonald, Storyful’s global chief creative officer and the general manager of its Dublin operation.

“We found there was an opportunity to use what we had developed and pivot that towards PR companies and anyone who needs insider intelligence.”

The “social media intelligence agency” has been working with pharmaceutical companies to help them understand the nature of anti-vaccine misinformation campaigns so that they might be better able to combat them, said Ms McDonald.

“Vaccines are a big public health issue, so that’s something that we’re really proud of,” she said.

It has also worked with airlines, retailers and consumer goods companies to monitor sentiment towards their brand.

Not all waves of social media discontent are the same and understanding the differences makes it easier for brands to make the “judgment calls” necessary to manage their reputations, Ms McDonald said.

“It could be only one or two posts, or a reaction that’s happening in an echo chamber, or it could be something that is gaining traction.”

While the volume of content, the variety of social platforms and the speed at which orchestrated campaigns can spread can make it “really hard” for companies, it is “not all doom and gloom” for them. They can also learn more about their customers and potential customers from the social content they post.

Storyful Limited, the Irish arm of the company, had accumulated losses of €15 million as of the end of June 2017, according to the most recent accounts filed to the Companies Office.

Ms McDonald said the business, which also has offices in New York, London, Hong Kong and Sydney, had embarked on “a significant growth phase” over the past two years.

The company’s pivot to reputation management is reflected in its leadership. Ms McDonald is a former public relations executive, while Storyful’s chief executive since August 2017 is Sharb Farjami, who has a background in advertising and content commercialisation and who previously worked for News Corp’s interests in Australia.

The company still works with media outlets on the verification of social content and last week launched its key Storyful Newswire product, which was redesigned by its Dublin product team.

It aims to provide authenticated material on complex news events such as the war in Syria, election disinformation, terrorist attacks and weather events.