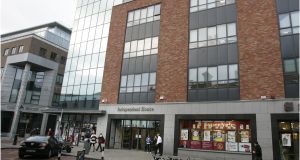 The former chief executive of Independent News & Media, Vincent Crowley, and former journalist Rory Godson have been granted access to documents related to an alleged data breach at the media group.

The documents are part of an application brought by brought by the Director of Corporate Enforcement (ODCE) Ian Drennan, opening at the High Court next week, to have inspectors appointed to the media group.

Two others, Jonathan Neilan and Mark Kenny of FTI Consulting, who did work in the past for INM, were also granted access.

Arrangements were also made to provide documents to several others, including journalist Sam Smyth, who, with today’s four applicants, is among 19 people concerned their data may have been accessed by third parties.

Separately the Data Protection Commissioner, represented by David Fennelly, will formally apply to the High Court on Friday for permission to use documents provided for the inspectors’ application for use in her continuing separate investigation into the alleged data breach.

The hearing of the application for inspectors is due to open on Tuesday before the president of the High Court, Mr Justice Peter Kelly, and to run for three days.

On Thursday, Barbara McGrath, for INM, said there was consent to certain documents filed for the application being made available to Mr Crowley, Mr Godson, Mr Neilan and Mr Kenny.

The documents being made available relate to the alleged data breach and are to be provided by next Tuesday on terms including that the recipients maintain their confidentiality, the court heard.

A large number of affidavits and exhibits have been filed for the hearing, and the judge observed that he expected to be doing a lot of reading this weekend of those documents in preparation for the hearing.

When he remarked it won’t be “a happy weekend” given the volume of material expected to descend on him, Neil Steen SC, for the ODCE, said they had succeeded in slimming down the material to some extent.

Previously, the judge was told agreement had been reached for the Central Bank to be provided with documents in the case arising from its statutory obligations in relation to policing the market abuse regulations.

Arrangements were also made to provide documents to several others, including journalist Sam Smyth, who, with today’s four applicants, is among 19 people concerned their data may have been accessed by third parties.

The application by the ODCE for inspectors follows a year-long investigation by his office into certain issues at INM.

That investigation was prompted by protected disclosures made on dates in 2016 and 2017 by former INM chief executive Robert Pitt and INM chief financial officer Ryan Preston.

Mr Drennan said the range of “potentially unlawful conduct” that may have taken place within INM is “extensive” and an inspectors’ investigation was necessary for reasons including to establish whether journalists’ emails or other data was accessed over a period from October 2014, by whom, for what purpose and whether Mr O’Brien benefited from that.

INM’s fundamental proposition that it had a right to be consulted before legal proceedings are instituted by a public body was “novel and without precedent” and, as a matter of law, “cannot be sustained”, he ruled.