Dungarvan to play host to Celtic Media Festival in April 2015 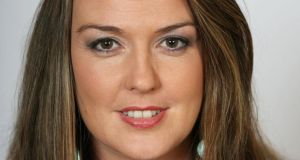 The Celtic Media Festival, a broadcasting industry get-together that rotates around the Celtic nations and regions, will be staged next April in the media mini-hub that is Dungarvan, Co Waterford.

Irial Mac Murchú, the chief executive of studio, satellite services and production company Nemeton TV, was the lobbying force behind the selection of Dungarvan, telling delegates that this was not his first pitch to bring the festival to the southeast. About 100 people are employed in the local broadcasting industry, while the selection was also influenced by the fact that it boasts the An Rinn Gaeltacht area.

Also among the winners were RTÉ Raidió na Gaeltachta’s Michelle Nic Grianna, who was named radio personality of the year, while TG4’s sports documentary Páidí Ó Sé – Rí an Pharóiste won the “Spirit of the Festival” award.

The festival has been produced in recent years by Irish woman Catriona Logan, who will also oversee the 2016 event. Broadcasting types should clear their diaries now.

Irish waste start-up Kollect sees several revenue streams grow 08:32
Profits at insulation specialist Kingspan rise 12% to €500m 07:20
Ires doubles down on building plan, Dr Pepper for Kildare, and staycations for all 06:30
‘There is still potential in the UK market and that is our focus’ 05:44
WeWork decline among factors causing reduction in leasing of flexible office space 05:43
Search executive
jobs on irishtimes.com