INM’s commitment to APN News & Media only goes so far, however 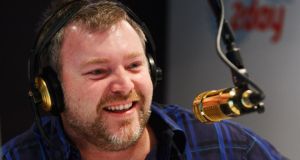 The talents of shock jock Kyle Sandilands and his co-host Jackie O (not that one), two DJs signed by APN News & Media’s radio division to launch a rebranded Sydney station, Kiis FM, may already be known to APN shareholder Denis O’Brien.

The media group yesterday lauded its roster of “key talent”, describing it as central to the ambitions of its radio network, its best performing division.

But even if the collective output of Jackie, Kyle – misspelled Kylie on APN’s statement to the stock exchange – Jonesy and Amanda, Chrissie and Jane, and New Zealand’s own Fletch & Vaughan has not yet hit O’Brien’s radar, a part of his wealth now indirectly rests on the quality of their banter.

The Communicorp owner and largest shareholder in Independent News & Media (INM) has expanded his footprint down under by participating in APN’s equity issue, at the same time as INM declined to do so on the basis that it needed “operational flexibility” back home in Ireland.

INM’s divestment of its international media empire over recent years – from the sale of the London Indy titles to the disposal of its South African business – has meant that its executives are usually asked “the APN question” at press briefings. Will it stay or will it go? The answer has always been that it remains a core part of the business.

Last August, chief executive Vincent Crowley reiterated that APN has two “significant upsides” as he saw it, in that he believed the company to be undervalued and that it also happened to be “in a part of the world that’s quite attractive”. Yesterday, INM stressed it was “fully committed” to APN.

But that commitment will now amount to an 18.6 per cent stake of an enlarged group rather than a 28.95 per cent one. Put simply, it cannot afford anything more.

It’s lucky, then, for Kiis FM and all of APN’s other assets, that O’Brien was able to step in and up his stake to 12.2 per cent. He still doesn’t own Kylie, though.