Cannes features rise of the nerds

Advertising’s shift to digital means not just audience accuracy for advertisers, it needs a different response from creatives 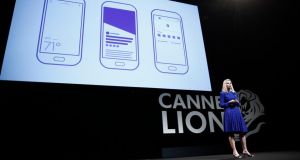 It used to be that the only time numbers were mentioned at an advertising festival, especially one as ritzy as Cannes Lions, was when a delegate wondered if their vast bar bill might get past the accountant back home in the agency. No longer.

The work of number nerds or “maths magicians” as Jordan Bitterman, chief strategy officer of Mindshare North America calls them, got great play at the festival, especially in the early days (it started last Sunday) when several sessions and talks, many live streamed for the benefit of those of us far from the Croisette, focused on data.

Advertising’s shift to digital means not just audience accuracy for advertisers, it needs a different response from creatives as real-time consumer data becomes available and brands look for a way to use that data to communicate ever more effectively.

The move to digital is evident even in the applications in the awards categories where there has been a significant shift in the type of entries – even compared to just last year.

Entries for press fell by 12 per cent, film by 9 per cent and radio 7 per cent.

In the “cyber” category, however, which includes a broad range of digital and technological communications, the number of entries increased by 39 per cent. It is a massive jump in just one year. There is clearly more digital advertising out there and of the quality that passes muster at Cannes.

Bitterman was speaking at one of the opening seminars on Monday: Meme Too: How Brands can Successfully Ride the Zeitgeist.

“Advertising has reached its Moneyball moment,” he said. “The year 2024 will be a time powered by data. Data has become the latest tool for creativity.”

He referenced his agency’s Gold Media Lion win last year for its Kimberly-Clark Kleenex adaptive marketing campaign in the UK.

Search trends on Google – worried snifflers consulting Dr Google about their symptoms – were meshed with data from calls to government flu helplines which resulted in the targeting of Kleenex advertising in cities experiencing a flu outbreak. Areas showing no flu activity were ignored, saving on media spend.

“Each of us puts around 3,000 pieces of information into databases every week, that’s like one every three minutes. We have the data, we have to use it,” he said.

It gets back to the numbers too as a new era of “programmatic planning” – which has changed the media buying landscape – becomes the norm for digital advertising.

In the days when metrics were based on broad viewership or readership figures, media buyers – actual humans – planned, negotiated and bought media space for campaigns often biannually, even annually. Programmatic buying uses software to plan and buy digital advertising with no human decision-maker involved.

How creatives respond to this nimble, real-time planning is the next challenge. It is also a challenge for planners as acknowledged in Kay McCarthy’s talk on Tuesday.

McCarthy, the founder of the Dublin-based independent agency MCCP, is the only Irish executive invited to lead a session. Her talk, Planning for the Death of Planning as we Know it, addressed the theme of the day: Data, Insight, Strategy and Creativity.

Cannes Lions has undergone a rebrand of its own, away from being a purely advertising awards festival to being a “festival of creativity”. Thus it attracts red carpet celebrities to talk and give public interviews, including Spike Jonze, Patrick Stewart, David Hasselhoff, Kanye West (his contribution was especially colourful) and Sarah Jessica Parker.

On Saturday, Bono drops by to pick up the festival’s first LionHeart Award in recognition of his work with the RED campaign to raise funds for the fight against Aids.

The session will feature Bono and Apple design chief Jonathan Ive in a public interview to discussing their collaboration in the campaign. There may not be much mention of algorithms. Twitter: @BerniceHarrison