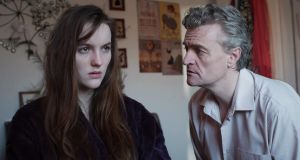 BBC One is expected to show double episodes of Red Rock in a daily lunchtime slot this summer following its acquisition of the TV3 soap.

The BBC bought the first series of 80 episodes of the soap opera through distributor All3Media International earlier this year and is likely to air them in 40 parts over an eight-week period on its flagship channel.

TV3 Group managing director Pat Kiely said the deal, which was confirmed this week by the BBC, was “a fantastic vindication of TV3’s programming strategy and investment” as well as “a major vote of confidence in Red Rock”.

The sale, which is understood to have net about €500,000 for TV3 and the soap’s producers, follows the sale of the soap to US on-demand platform Amazon Prime in a transaction worth as much as €1 million.

“The BBC deal, off the back of the Amazon Prime sale now makes Red Rock one of the most successful exports in Irish broadcasting history,” Mr Kiely said.

The first 80 episodes of Red Rock, which aired on TV3 throughout 2015, were made for the channel by Element Pictures and Company Pictures, which at the time was headed by former EastEnders executive producer John Yorke.

The second series, currently airing on the Virgin Media-owned TV3, is made by Element and Mr Yorke’s new production company Angel Station. To date, the soap has been awarded €1.5 million in licence fee funding from the Broadcasting Authority of Ireland’s Sound & Vision scheme.

BBC daytime controller Dan McGolpin described the soap as “a compelling new police drama set in Ireland” that has “plenty of twists and turns”, while All3Media International’s Stephen Driscoll said its “original mix of family drama and police procedural” would grip audiences.

The soap opera was created by writer Peter McKenna and its executive producers are Element’s Ed Guiney and Mr Yorke.

“The acquisition by the BBC is a massive testament to the creative talent involved in Red Rock,” Mr Guiney said. “Coming on the back of the recent acquisition by Amazon, it’s a huge achievement for an Irish show.”

Mr Yorke, who is also a former head of drama series for the BBC, said the acquisition was “a wonderful tribute to Irish television”.

Set around the busy police station in a fictional seaside town in Dublin, Red Rock kicked off with the discovery of a bloodied and lifeless body found on a pier, reigniting a dormant feud between two families. Since then, it has built its drama around issues such as statutory rape and drug addiction and featured more than one murder.

1 Coronavirus: Property rental in the jaws of the epidemic
2 Britain's supermarkets wrestle with coronavirus demand conundrum
3 French luxury groups U-turn on state support for jobs
4 Staff in Dublin and Cork airports receive profit share and bonuses for last year
5 I want to change my will quickly in case I fall ill. Do I need a lawyer?
6 Business activity in Dublin grinds to a seven-year low due to Covid-19 impact
7 Nama sets deadline for final bids on former glass bottle site in Ringsend
8 Airbnb secures $1bn investment from Silver Lake, Sixth Street
9 European and Asian shares rally for second straight day
10 Medtronic aiming to make 1,000 ventilators a week in Galway by June
Real news has value SUBSCRIBE