MDevSpice is a one-stop shop for medical-device manufacturers

Innovative framework facilitates those striving for best practice in the industry 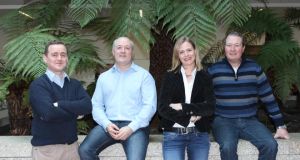 Medical devices such as pacemakers are almost taken for granted these days. They greatly improve quality of life and most people have them fitted and think no more about it. However, many of these devices are underpinned by complex software and sometimes it goes wrong.

Not surprisingly those developing safety critical software have to jump high regulatory hurdles. Up to now this meant wading through masses of different rules, regulations and standards. Now MDevSpice, a soon-to-be-launched spinout from the Regulated Software Research Centre at the Dundalk Institute of Technology, has stepped in with a service that makes life a lot easier for medical device manufacturers and safer for patients.

“In recent years over 20 per cent of medical device recalls in the US were related to software, and this number is growing,” says Paul Clarke, one of the five co-founders of MDevSpice. “Our innovative framework centralises all of the software-centric knowledge in a one-stop shop. It facilitates manufacturers striving for best practice and in turn this will increase the safety of devices while also reducing the risk of potentially embarrassing and costly product recalls.”

Those behind MDevSpice are all heavy hitters in the software-development industry with international reputations for expertise in their respective fields. Their work at the Regulated Software Research Centre has contributed to the development of best practice within the software industry worldwide. Clarke’s co-founders are Marion Lepmets, Fergal McCaffery, Peter Donnelly and Alec Dorling.

Clarke says that while the launch of MDevSpice is creating a buzz among the big producers of medical devices, it is also good news for small and up-and-coming producers whose bright ideas may never have made it to market because of the complexity and cost of jumping piecemeal through regulatory hoops.

To date it has cost about €850,000 to bring the MDevSpice framework to the point where it is ready for commercial launch. The main financial supporters of the venture to date have been Science Foundation Ireland and Enterprise Ireland with some EU funding. The business is not in immediate need of cash but Clarke says the founders wouldn’t turn away a suitable investor.

Initially, MDevSpice will employ its founders with additional jobs as the business develops. The founders all have industry experience but Clarke says they may look for a chief executive with an appropriate track record in the sector to run the business day-to-day.

“We have been conducting research in this area for many years and often take the lead in the development of new international standards through our work with the International Organisation for Standardisation and the International Electrotechnical Commission, ” Clarke says.

“Through our engagement with industrial groups it became apparent that although excellent standards and guidance documents exist to assist manufacturers, when it came to software development, these sources were of varied origin and focus. With the proportion of medical-device recalls attributable to software errors on the rise [10 per cent in the early 1990s to 20-25 per cent today] there was a real need for standards consolidation. Apart from the cost of a recall, medical-device manufacturers can also struggle to recover from the damage it can cause to their brand.”

Unifying the disparate material has been a long haul and began about five years ago when the team, which combines experts in software development and medical devices or healthcare was assembled.

Development has been accelerated in the last 36 months and the spinout will be finalised shortly. Details such as the revenue model are still being worked on but MDevSpice is in the happy position of already having customers lining up at its door.