Norwegian exchange to explore alternatives to the deal 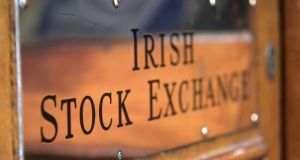 The Irish Stock Exchange is owned by Euronext, which is bidding for Oslo Bors.

Euronext has secured the backing of a majority of shareholders in Norway’s Oslo Bors which it aims to buy, the European exchanges operator said on Friday, while the target firm’s CEO said it would explore alternatives to the deal.

Euronext, which operates bourses in Paris, Amsterdam, Brussels, Lisbon and Dublin, has offered to buy Oslo Bors for €625 million.

It said shareholders representing 50.6 per cent of the capital of Oslo Bors had agreed to sell their shares ahead of a tender offer which Paris-listed Euronext plans to launch in the coming weeks.

However, holding company Oslo Bors VPS took issue with how Euronext had gone about its approach and said it would arrange a meeting with Euronext in early January and had hired brokerage Arctic Securities as adviser.

“We are open to speak to other parties also in addition to Euronext ... We want to have a wider process on behalf of shareholders, to have the best price for the share,” Oslo Bors VPS chief executive Bente Landsnes said.

She said Euronext’s offer came as a surprise. “We did not know it was coming. We were notified last weekend that Euronext was to bid,” she said in an interview.

“We have been told that it was an auction called a compact auction. We don’t know who participated. As far as we know Euronext came with the best offer,” she said.

She added that, after the auction, “more than one strategic party” approached Oslo Bors VPS to say that they had not been invited. She did not name them.

“Exceeding the 50 per cent of total outstanding shares threshold shows the interest from Oslo Bors VPS shareholders ... satisfying one of the conditions required for its completion and strengthening Euronext’s confidence on its successful outcome,” Euronext said in a statement.

Euronext owns a 5.1 per cent stake in Oslo Bors. Owning more than 10 per cent would require approval from the Norwegian government, which may hinge on the contents of Euronext’s upcoming offer document. – Reuters

1 Should my mam wait for house prices to drop before buying?
2 Cheers: Conor McGregor's whiskey races up the sales chart
3 Big majority uncomfortable returning to everyday activities
4 ‘I’m so lucky to be in the Caribbean – a million miles from Derry Girls’
5 Why we’re about to learn if we are really in the A-team
6 US ‘hard seltzer’ drink White Claw launches in Ireland
7 ‘I have a talent for justifying purchases’
8 Hard-hit SMEs get ‘paltry’ €11m worth of loans under State scheme
9 Dublin drops out of top 50 in ranking of best cities for start-ups
10 Chris Johns: Past is another country when it comes to our post-pandemic future
Real news has value SUBSCRIBE