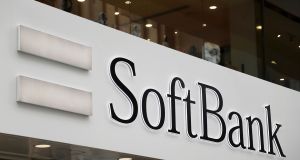 News of a bid for British chipmaker ARM helped lift European shares as the deal had a knock-on effect on tech stocks across the continent.

The move helped offset concerns over terror attacks and Turkey’s failed coup and pan European indices such as the Stoxx 600 closed marginally ahead.

The Irish market rose on what dealers said was a largely quiet day. Index heavyweight, building materials giant CRH, was up 0.34 per cent at €26.34.

Another leading stock, packaging group Smurfit Kappa climbed 1.42 per cent to end the day at €20.75.

Low-cost airline Ryanair was up 0.43 per cent at the close at €11.64. It had traded about 1 per cent higher in afternoon trade. About two million of its shares changed hands.

Insulation and building materials specialist, Kingspan, rose 1.35 per cent after one of its US peers issued an upbeat forecast. More than 850,000 of its shares traded in Dublin on Monday. Bank of Ireland shares slipped 2.63 per cent to 18.5 cent on Monday, bucking a trend that saw most banks in Europe gain ground.

Britain’s top equity index touched an 11-month closing high, boosted by a surge in shares of ARM Holdings after Japan’s SoftBank Group agreed to buy the chip designer in a $32 billion cash deal.

ARM, whose processor and graphics technology is used by tech giants like Apple and Samsung, spiked to a new peak, with its shares ending 40.9 per cent higher following the announcement.

“While it’s difficult to chalk this deal up to the Brexit vote, the falling pound does make some UK companies cheaper, and this takeover could act as the starting gun for more M&A activity,” Hargreaves Lansdown senior analyst Laith Khalaf said.

The index’s gains were capped by a fall in travel stocks, which came under pressure after a failed coup in Turkey. Tour operator Tui fell 2 per cent, while mid-cap Thomas Cook dropped nearly 1 per cent. Basic resources stocks slipped on weaker metals prices. The UK mining index fell 0.5 per cent, dragged down by a 0.5 to 2 per cent fall in BHP Billiton, Anglo American and Antofagasta.

ARM’s peers, such as Dialog Semiconductor, AMS and Infineon also climbed, enabling the STOXX Europe 600 Technology sector to outperform with a 3.5 per cent rise.

Phoebus Theologites, co-founder of multifund investment company SteppenWolf Capital, said pledges to support the market by the European Central Bank would continue to prop European equities, while takeover deals such as the one for ARM would also buoy stock markets.

The unrest in Turkey weighed on Spanish bank BBVA , whose shares fell due to its exposure to the country via its stake in Turkish bank Garanti. BM Offshore jumped 15 per cent after the Dutch oil-services provider signed a leniency agreement with Brazilian authorities following a corruption investigation.

Ericsson dropped 3.2 per cent after newspaper Svenska Dagbladet said the maker of wireless networks may be inflating sales, a report the company refuted.

Wall Street eked out gains as Bank of America’s better-than-expected profit boosted optimism about the US quarterly earnings season, but not by enough to send the Dow and the S&P 500 to fresh highs.

Bank of America’s report continued the momentum for US banks kicked off by JPMorgan last week. The bank’s shares rose 1.6 per cent to $13.87, helping the S&P financial index gain 0.36 percent.

Shares of IBM, Yahoo and Netflix were flat ahead of their results after the close.

Hasbro’s 6.3 per cent drop led the decliners on the S&P on concerns of slowing growth in the toymaker’s biggest business, which makes toys for boys.