European shares end marginally up ahead of ECB meeting 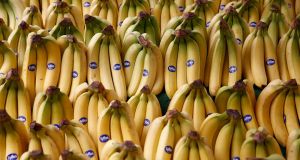 Fyffes gave up Tuesday’s gains, closing down nearly 2 per cent at €1.49

European shares crept higher yesterday as expectations of a positive close to the year and continued central bank support before an ECB meeting today helped investors to shrug off bad earnings news.

The euro zone’s blue-chip Euro STOXX 50 index gained 0.5 per cent. The pan-European FTSEurofirst 300 index closed almost flat after falling as much as 0.8 per cent earlier in the session.

Investors were absorbing disappointing earnings well, suggesting confidence the combination of accommodative monetary policies and a more stable China would help markets to end 2015 in the black.

DUBLIN
The Iseq closed up nearly 1 per cent at 6,356, marginally outperforming its European peers with strength returning to the more cyclical names.

Fyffes gave up Tuesday’s gains, closing down nearly 2 per cent at €1.49, while Providence Resources shares jumped 32 per cent to €0.29 ahead of possible news on its licensing arrangements later this month.

LONDON
One bright spot in an otherwise gloomy set of quarterly reports was ARM Holdings. Shares in the chip designer, whose technology powers the iPhone, climbed 6.5 per cent after it posted a 27 per cent rise in third-quarter profit. ARM pushed the technology index 1.8 per cent higher, making it the highest-gaining sector in Europe.

Shares in Home Retail Group, which owns Argos, slumped by nearly a fifth.

But the top tier clawed back from early losses thanks to well-received updates from the likes of pay TV giant Sky and ARM Holdings, with the FTSE 100 Index edging 3.3 points higher to 6348.4.

Pearson shares dropped 15.9 per cent after the publisher said it expected earnings to be at the bottom end of its forecast range because of lower enrolments at some US colleges and fewer school textbook purchases in South Africa.

EUROPE
Swedish banks fell after missing third-quarter earnings expectations, with SEB, Nordea and Handelsbanken down by 4.3 to 7 per cent. Operating earnings fell against a backdrop of negative interest rates and a slowdown in Chinese growth that has roiled financial markets.

Credit Suisse fell 3.6 per cent after announcing plans for capital increases to raise about 6 billion Swiss francs and reporting a 24 per cent drop in third-quarter net profit. Syngenta rose 6.3 per cent when it said chief executive Mike Mack was stepping down.

NEW YORK
US stocks were little changed as healthcare stocks resumed their slide for a second day, offsetting gains by General Motors and technology stocks. The S&P 500’s healthcare sector declined 1.08 per cent, while the Nasdaq biotech index fell 1.5 per cent.

Valeant Pharma’s US-listed shares sank 20.8 per cent to $116.23, and were halted after short-seller Citron Research released a critical report on the company. Health insurers Aetna, Humana, Anthem and Cigna all fell about 4 per cent after Hillary Clinton said she had “serious concerns” about the mergers the companies were proposing.

Investors focused on quarterly results by industry bellwethers this week, parsing the reports for comments on guidance and the measures the companies are taking to counter the impact of a global economic slowdown.

1 Michael O’Leary is the boss you want to lead an airline out of crisis
2 Fortnite owner signs multimillion deal to buy Irish ‘kidtech’ firm
3 Ireland is in danger of losing the woods for the trees on emissions reduction
4 Should I switch bank now with Ulster Bank at risk of closing?
5 Ex-Custom House Capital chief executive sent for trial
6 The wealth of the Irish – how do your assets match up?
7 Irish company to test vaccines on volunteers deliberately infected with Covid-19
8 Dunnes Stores set to enter grocery delivery market
9 Estée Lauder staff at Dublin airport plan further strike action
10 European investors fear second wave but Irish stocks outperform
Real news has value SUBSCRIBE