US giant set to buy Steripack’s medical business for €70m 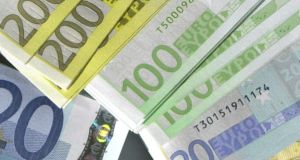 The deal’s biggest beneficiary is likely to be Steripack founder and chief executive, Garry Moore, who owned 54 per cent of the group according to the company’s most recent accounts. Photograph: Alan Betson

US packaging giant Bemis is poised to buy Irish group Steripack’s medical business in a deal calculated to be worth close to €70 million.

Clara, Co Offaly-based Steripack makes sterile packaging for the healthcare and pharmaceutical industries. It has factories in Ireland, Poland, the United States and Malaysia.

Bemis said on Wednesday it has agreed to buy Steripack’s medical and pharmaceutical business. It is not buying its contract manufacturing division, which the Irish group will continue to own and operate independently.

The businesses that Bemis is buying had sales of $65 million (€57 million) last year. While neither side revealed the deal’s details, based on sales and likely cash flow, industry sources estimate that it could be worth between €65 million and €70 million.

State agency Enterprise Ireland held €1 million worth of preference shares which carried interest of 8 per cent and 9 per cent, but redeemed these between 2012 and 2014.

Mr Moore founded Steripack, which employs about 200 people, in 1994. On Wednesday, he predicted Bemis would continue to build upon the operations established over the last 21 years. “We look forward to focusing on our contract manufacturing business across the globe,” he said.

Neenah, Wisconsin-based Bemis had $4.5 billion sales last year. It employs more than 17,000 people and supplies packaging to food, healthcare and consumer products manufacturers around the world.