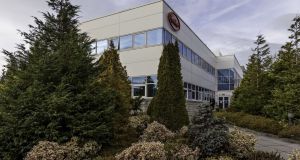 The new venture will be located at the company’s existing facility in Tallaght, where Henkel already has a significant manufacturing and R&D operation

Henkel, the chemical and consumer goods giant whose brands include Persil, Sellotape, Unibond, Super Glue, RightGuard and Loctite, is to establish an industrial 3D printing operation in Tallaght as part of a new multi-million euro investment.

The decision to locate the additive manufacturing project in Dublin is seen as a major coup for the company’s Irish management and for IDA Ireland, which is supporting the venture.

The new venture will be located at the company’s existing facility in Tallaght, where Henkel already has a significant manufacturing and R&D operation. It will focus on developing new advanced materials for use in precision manufacturing industries such as medical devices and aerospace.

Henkel, which currently employs about 400 people across its three sites in Tallaght, Ballyfermot and Little Island, Cork, is to hire 40 highly-skilled scientist and engineers to work on the new project.

While the company would not disclose the full value of the investment, Henkel technology centre director Dr Matthew Holloway told The Irish Times it would be worth “many millions of euros over an initial four-year period.”

Henkel has recently announced a number of partnerships with companies including HP as it looks to increase its presence in additive manufacturing, or industrial 3D printing, as it is more commonly known.

Dr Holloway said additive manufacturing will be “a significant disruptor to future manufacturing methods. He said Henkel intends to build on it existing expertise in developing world-class adhesives and focus on creating new chemistries and technologies for 3D printing.

“As the world’s largest adhesive company, Henkel is uniquely positioned to accelerate the adoption of additive manufacturing/industrial 3D printing. Many of the materials and equipment technology are complementary to our existing adhesive business and we already have strong relationships with many of the early adopters through this ,” he said.

“The specific project in Tallaght builds on the existing talent and expertise we have on site regarding light cure adhesive technology (a base for resins for certain 3D printing), and also the materials used in post processing. The speed with which we can start the project due to the available laboratory space and on-site expertise gives us an advantage, “he added.

Dr Holloway cited the presence of a large number of early adopter’ medtech firms locally and a thriving academic network largely around Science Foundation Ireland-backed centres such as I-Form and Amber, as key factors in Henkel’s decision to locate the new venture in Dublin.

Founded in 1876, the German-headquartered company employs 50,000 people across more than 120 countries and has revenues of more than €18 billion.

“Henkel’s investment will help to further develop a pronounced national competency in high performance materials for additive manufacturing,” he said.

Minister for Business, Enterprise and Innovation Frances Fitzgerald TD said Henkel’s investment would put Ireland at “the forefront of a new and exciting chapter in manufacturing”.

“Additive Manufacturing is a new and very innovative development for the manufacturing sector and this technology is likely to have a significant impact globally when its potential is fully developed. We very much appreciate Henkel’s investment and the quality jobs being provided,” she said.