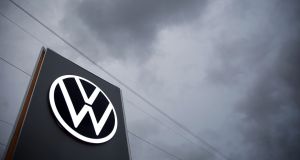 Carmakers are unlikely to pass on extra costs to consumers in a recession, forcing manufacturers to absorb them, even as they haemorrhage cash because of factory closures and collapsing sales.

VVolkswagen says the cost of crucial car components has risen sharply because of the coronavirus outbreak, putting further pressure on profits as the industry enters deep recession.

The world’s largest carmaker, which began restarting production at its Wolfsburg headquarters last week, revealed parts makers operating at a fraction of their capacities were passing on increased expenses.

“Suppliers invested in manufacturing facilities for large volumes,” Stefan Sommer, VW’s board member for procurement, told the Financial Times. “Now there are depreciations, while the overhead costs remain and they can’t be reduced overnight.”

While cheaper raw materials and record-low oil prices could offset much of the increase in the price of components, Mr Sommer said the cost of sourcing parts would “rise in the classic value chain”.

However, he added it was too early to tell if the total cost of auto production would be permanently higher.

Carmakers are unlikely to pass on extra costs to consumers in a recession, forcing manufacturers to absorb them, even as they haemorrhage cash because of factory closures and collapsing sales.

The UK on Tuesday will announce that sales in April fell 97 per cent, with similar declines in Spain and Italy.

Carmakers such as Volkswagen rely on thousands of individual suppliers, which often make bespoke parts to order that are delivered to production lines on a tight schedule.

In recent years, manufacturers have boosted profits in part by extracting discounts from contractors, but Mr Sommer said suppliers were telling VW they could “no longer offer price reductions”.

“Everyone will have to bear the same costs, not only our suppliers, but also VW itself,” the former engineer said.

“If we continue to see lower volumes, parts will be more expensive.”

VW’s German plants rely on 6,500 individual parts from within Europe alone, and the company has expressed concern about gaps in the supply chain, if smaller contractors are unable to survive the crisis.

Last week, VW’s German rival Daimler also cautioned that while its supply chain had proved “remarkably robust” during the Covid-19 outbreak, it could be the “calm before the storm”.

“Many of these companies have robust business models, but they just don’t have the liquidity to cope with a longer shutdown,” said chief executive Ola Kallenius.

That warning came as the world’s largest car parts supplier, Bosch, said the industry was facing a huge auto recession that would eclipse the downturn it faced following the 2008 financial crisis.

On Tuesday, German car executives are scheduled to meet Angela Merkel’s administration in Berlin, and discuss the introduction of a scrappage scheme to boost demand.

Any such scheme is likely to focus on subsidies for low-emission cars, in particular electric vehicles, such as VW’s flagship ID. 3, whose most-expensive component, lithium-ion batteries, could also rise in cost.

However, “the industry cannot yet think about the increased cost of components for electric vehicles”, Mr Sommer said.

“First, we must focus on the attractiveness of such cars, and the incentives to buy them.”

Despite VW’s current challenges Mr Sommer, a former executive at German auto suppliers Continental and ZF, also dismissed suggestions that the group would be forced to revamp its supply chain in the wake of the coronavirus pandemic.

While VW has enlarged its procurement teams, building an alternative supply chain would be “too complex” at this stage, he said, as nobody can predict “how or where the next pandemic will take place”. – Copyright The Financial Times Limited 2020