Cantillon: Do cement lawsuits have any foundation?

Investigation could help clear up questions 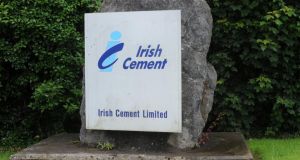 At least some people believe that the Competition and Consumer Protection Commission’s (CCPC) investigation into part of the Republic’s cement industry will only scratch the surface.

The commission raided the offices of CRH subsidiary Irish Cement last week, reportedly searching for evidence that the company has been abusing a dominant position in the bagged cement market.

While it is not illegal to have a dominant position in a market – that would be the end of Guinness and Coca Cola – it is an offence to abuse it.

Abuse involves using tactics such as predatory pricing to force rivals off the pitch.

The commission has not actually said that this is the focus of the investigation. What it has said is that its inquiry is likely to take some time and it is not in a position to share many details.

Irish Cement said that it has no issues in relation to competition and is co-operating fully with the CCPC.

Seamus Maye, who along with his organisation, the International Small Business Alliance, has been campaigning on this issue for almost two decades, says he is sceptical.

Maye argues that the market for bagged cement in the Republic is worth just €50 million.

“It’s a million miles from the real competition issues and they are ignoring markets that are worth billions and billions of euro, such as limestone, cement and concrete,” he says.

He has been involved in a number of legal actions against local CRH subsidiaries and other players, none of which have succeeded at this point.

The building materials giant has always said that the lawsuits are without foundation.

However, there’s no doubt that allegations of anti-competitive behaviour are regularly made against both the Irish and international building materials industries.

An investigation could at least help to clear up those potentially damaging questions one way or the other.