Knowledge of box always required to think outside it

Applied creativity requires a disciplined mindset and a capacity for brilliance 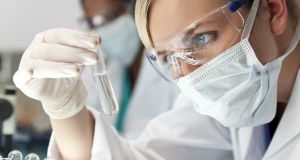 Creativity is central to being a leading scientist.

You won’t get very far with research or innovation if you lack creativity.. Pushing the boundaries of science requires a disciplined mindset that also has the capacity for the occasional flash of brilliance to deliver a breakthrough that brings us into new scientific territory. People usually immediately think of the fine arts and literature when the creativity word enters the conversation, but creativity is also central to being a leading scientist.

What then can be said of the often used phrase “thinking outside the box”? People will tell you to think outside the box when seeking an answer to a problem and doing so will help you come up with an effective new solution. The challenge here is to actually get outside the box, which if I am interpreting correctly means you have to think in an entirely different and novel way. You have to force yourself past existing assumptions and reasons why something won’t work and get into this zone where with all of these pre-existing prejudices stripped away you can see the problem in a new light and come up with a wholly new response.

This sounds an awful lot like creativity by another name given the key is achieving something new and unexpected from a given set of parameters. You develop a novel approach to how a piece of scenery is painted, you have a breakthrough moment when a beautiful simplification emerges in mathematics, or you finally reveal the function of a gene whose protein had eluded you.

But maybe thinking outside the box is slightly different in that you first have to have a sense of what the box actually is, where its edges are and what limits it sets up against you as you struggle for a solution.

You have to know this, otherwise it means you don’t understand the starting question and you won’t realise if and when an escape from the box has been achieved.

You don’t have to know these things ahead of time, however, to recognise someone who has accomplished the Houdini-like escape and come up with something really clever.

I encountered a nice example of this last week when on a visit to Limerick to attend an event organised by the University of Limerick, Irish Times Innovation and the university’s Health Research Institute. One of the keynote speakers was Michael Dowling, president and chief executive of Northwell Health, a large, privately- owned hospital group trading mainly in the five New York boroughs.

A Tipperary native who made good in the US, Dowling runs an outfit employing about 54,000 people, making his firm the largest private employer in New York state. The group includes 19 hospitals, a medical school, a research institute and offers 6,400 beds and can provide whatever medical treatment is required.

Northwell runs as a non-profit organisation, but is entirely private sector so if he has a requirement for finance Dowling heads for the bond markets. The company has to look and perform like any other firm in terms of profitability if the bond markets are to take any interest.

It was with this in mind that he came up with a novel way to provide full-scale emergency care while reducing costs. It didn’t involve dumping staff: what he got rid of were the beds. There are no beds to fill up and trolleys to occupy for the long wait before treatment begins, conditions that we read about here.

He acknowledged at the meeting that no one believed it could be done, but in fact the good news is that it works. Waiting time for seeing medical staff is about 11 minutes, he says. Patients are seen quickly, assessed and then either treated at the Manhattan centre or are moved out immediately to one of the group hospitals for more complex treatment.

He calculates that 40 per cent of procedures done in a typical hospital could actually be done outside, either in doctor’s surgeries or even at home. Over time, he believes, his hospitals will evolve into intensive care units with less critical cases receiving treatment in primary care centres.

He adds, however, that it will be a challenge to change the “hospital mentality” we have lived with for so long.

Out-of-box thinking is valuable but Irish and multinational companies are now also being encouraged to think inside of yet another kind of box, a “knowledge development box”. This looks like a very good way of boosting the amount of research undertaken in Irish SMEs and MNCs but at relatively low cost.

Companies who invest in research and development can tag into a lower 6.25 per cent corporation tax rate for income derived from research and innovation derived from the knowledge box. Nice bit of out-of-box thinking from government.