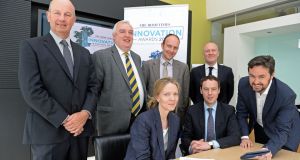 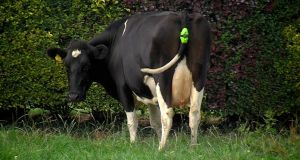 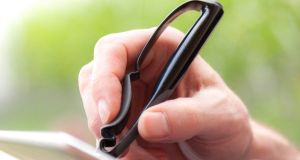 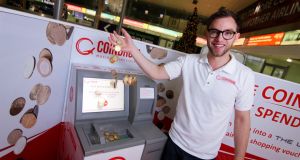 From cutting edge technology behind space exploration and autonomous cars, to a smart way to unload all those foreign coins we have stuffed away in drawers and old wallets, the finalists for this year’s Irish Times Innovation awards have been chosen.

The finalists come from all sectors and vary from small start-ups to university spin-outs and big multinationals.

This year’s final round of the competition promises to be one of the toughest yet, with 21 fascinating innovations competing across seven categories. As one of the judges every year since the awards were started, your reporter found this year’s process one of the most interesting and exciting to date.

The quality of the entries was stronger than I can recall in the past and behind every finalist is an inspiring story of problem-solving innovation.

In the IT and Telecommunications category this year’s finalists are Arralis, Brandtone and Trinity College.

Based on campus at the University of Limerick, Arralis has created a world first with its 94Ghz chipset, which will be used by the European Space Agency to facilitate unmanned landing and inflight space debris identification and avoidance.

It will also play a central role at the heart of the radar technology driving the upcoming autonomous car revolution.

Dublin firm Brandtone is revolutionising the relationship between suppliers and small shopkeepers that is central to the retail trade in developing countries. In many developing countries, such as India and Indonesia – and even in more developed markets such as Russia and Brazil – supermarket chains represent less than 10 per cent of retail trade.

The rest is carried out by locally-owned small independent retailers. Reaching outlets suppliers simply can’t access due to limited numbers of staff on the ground, Brandtone’s technology allows the supplier and retailer to exchange orders and sales information using not only smartphones but also old-tech functional mobiles.

As the virtual reality revolution takes hold, researchers at Trinity College Dublin have come up with an audio system that matches the movement in the video, changing the perspective of the sound just as it would happen in real life if you were moving your head or body.

The Thrive 3-D audio system digests this information and uses it to inform soundfield reproduction, generating a truly immersive audio experience that matches, and reacts to, the user’s movements in the virtual environment.

Recently bought out by Google, the Thrive innovation is set to be a cornerstone in future VR offerings.

Moocall is a calving alert system that notifies a farmer approximately one hour before calving.

The system is a non-invasive, calving sensor for beef and dairy farmers, particularly important when complications arise where the animals lives are at risk.

Developed in conjunction with DCU, the application has global potential to resolve a major issue in the dairy sector.

This is essential for the safe use and control of many liquids, while it also prevents wastage.

In the creative industries and design category the finalists are Melosity, Scriba and vStream.

Melosity is a free online music studio where musicians can collaborate together on the same track from anywhere – no more sending files over and back. The system could be described as a Google docs for musicians.

Award-winning Irish tech firm vStream has created the Cube, an interactive platform for sports stadiums or events that lets fans interact with the installation to view stats, realtime data or videos, all on 6K resolution holographic screens. The high definition device was launched at the recent US SuperBowl.

In the fintech sector, the finalists are Aid:Tech, CoalFace Capital and Mastercard.

Aid:tech is an Irish start-up tech firm using the Blockchain system to help aid agencies and NGOs control and manage the distribution of international aid. Its system already delivered aid to 500 Syrian refugees in Lebanon.

The firm’s system significantly overcomes the risk of fraud, a major problem with the distribution of aid funds.

Originating from NovaUCD, CoalFace Capital seeks to partner with independent fund traders who share their trading information to create a ranking based system that helps identify the best trades. In return, traders get access to information and a monthly payment, funded by brokers and management fee income.

Dublin hosts the research and development arm of Mastercard, where it has created a new smartphone app that tackles the time spent waiting at restaurants to get the bill and pay.

For restaurant owners it can significantly increase the turnaround time for busy tables. The app allows you to pay your itemised bill through your phone.

In Life Sciences and Healthcare, the finalists are Megazyme International Ireland, Orreco and Sothic Bioscience.

Biotech firm Megazyme, based in Co Wicklow, has developed a key enzyme that dictates the quality of malted cereal grain. It has followed this up with a new kit for measuring the key enzyme involved in ethanol biofuels production.

Sligo-based Orreco has worked closely with teams of high-profile athletes analysing blood biomarkers to predict performance, injury and recovery. It has now launched a scalable analytics platform that delivers personalised insights about an athlete’s ability to perform. Orreco’s system then generates personalised nutritional and recovery strategies. The firm plans to extend its services to the “weekend warrior” market of amateur sports enthusiasts.

Sothic Bioscience from Cork has set out to revolutionise current lab tests for pyrogens, life-threatening bacteria. Such tests are a cornerstone of the pharma sector yet are dependent on a reagent derived from the blood of the endangered Atlantic Horseshoe Crab. Sothic has produced an bio-identical alternative to the use of the crab.

In the manufacturing category the three shortlisted firms are Bloc Blinds, Hub Controls and the PM Group.

Magherafelt-based manufacturer Bloc Blinds has set out to revolutionise a long-established household feature. Bringing window blinds in the accessories market, the firm’s new design allows owners to easily change the fabric of the blinds without replacing the barrel, fixtures or fittings, or even having to remove the system from the window. With moves underway to enter the US market, the company has increased employee numbers of late.

Hub Control aims to be at the heart of the smart-home revolution thanks to its new electronic smart thermostat that can be fitted simply by the consumer and will provide detailed costing and usage information on home energy use.

The PM Group has identified areas where major savings can be made in the processes used by pharma companies. Its new Standard Disposables Design (SDD) is intended to be a global solution to the problem of expensive custom parts in the manufacturing process.

In our New Frontiers category, for innovations that fit across a couple of categories, the three finalists are Coindrum, Icon Firecrest and KantanMT.

Start-up Coindrum has come up with an ingenious way of dealing with used foreign coinage and also promoting airport retailers. Located in airport departure areas, Coindrum’s standalone machines let users convert their unused foreign coins into a voucher for use in the airport retail outlets.

The voucher also adds a further 10 per cent discount for customers.

Icon is a well-established player in the pharma sector and acquired Limerick-based start-up Firecrest several years ago.

Now Firecrest is setting out to address a major problem in drug development: recruiting volunteers for trails.

According to the Tufts University Centre for the Study of Drug Development, 48 per cent of Phase II and III drug trials today are under enrolled or fail to enrol a single patient. The Firecrest system offers global reach through an information platform that will match patients with trials. Its Patient Portal has already recorded significant uptake on drug trials and has won recognition at several industry awards in the process.

As the EU prepares to tender for machine translation for some of its documents, tech firm KantanMT has developed algorithims operating through its software platform to translate eCommerce sites. The firm has already established a strong customer base in a short period of time.