‘Sushi and Fries’ by Des Collins 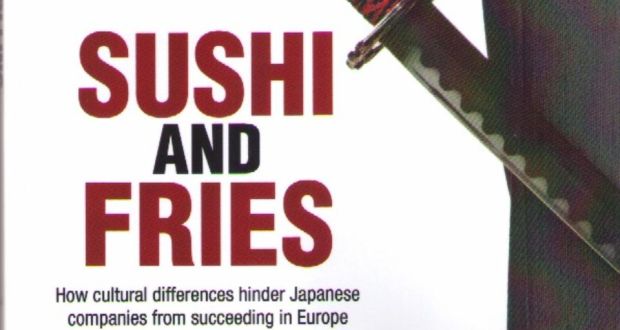 Sushi and Fries is the candid story of an Irishman’s experience of working for the Japanese Bridgestone corporation in Europe for 30 years.

It is a frank account of how deep differences in business culture between East and West, coupled with a thriving “old boys network” among the ranks of the company’s senior Japanese management, effectively created a glass ceiling that Europeans found difficult to penetrate.

Des Collins began working for Bridgestone’s then Irish distributor, ECI, in the early 1980s. When Bridgestone set up its own distribution company here in 1989, Collins was asked to run it and did so until 1997 when he was promoted to the organisation’s Brussels headquarters.

He spent 16 years there, rising to the rank of vice-president for sales and marketing.

Collins is now director of public affairs at the Continental group.

Collins was unusual in surviving as long as he did at Bridgestone as by his estimation the staff turnover rate in Europe was about 20 per cent. In 2012 his luck ran out. A new chief executive was appointed and Collins discovered his fate in an email sent to him in error.

Collins describes Bridgestone as an organisation in which “business development was blocked and creativity choked by bad management”.

He says the main problem was that Bridgestone tried to perpetuate Japanese ways of doing things in Europe.

This created interpersonal and business problems and made the company less successful than it could have been.

Collins emphasises his enjoyment of cultural diversity and says he has worked with Japanese-born Bridgestone managers willing to mix eastern and western business practices.

But in his experience the majority wanted to play by Japanese rules and failed to resolve issues that arose when the two cultures collided. A revolving-door policy of repatriating executives every few years didn’t help.

Nor did unspoken rules around practices Europeans hold dear such as working hours and private space.

Whatever it said in the contract, leaving before 9pm was frowned upon and Collins says working in an open plan office where everyone could overhear sensitive conversations led to confidential information being leaked.

Collins’ view is that Bridgestone is the biggest loser in this inter-continental culture clash.

“The Japanese have brought some excellent products and technology to the West over the past 40 years, but excellent products and manufacturing practices alone are not enough to guarantee success . . . adapting to the needs of foreign customers and integrating the competencies of all employees are the first essential steps in the journey.”

Collins clearly put his heart and soul into writing Sushi and Fries. It is a good read with no shortage of anecdotes that debunk the notion that the Japanese are always masters of their universe.

Three leading the Irish charge towards the internet of things

Involving the community in electricity’s future

How to shoulder the burden of compliance