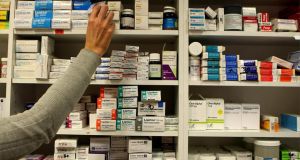 The payout came as Servier (Ireland) Industries Ltd reported profit growth of 36 per cent in the 12 months to September 30th last.

Servier, which operates a manufacturing plant in Arklow and a sales subsidiary based in Dún Laoghaire, reported turnover of €607.9 million last year, 9 per cent of the €553.6 million recorded in the previous 12 months. That delivered pretax profit of €66.2 million, up from €48.4 million the previous year.

Sales from the Irish business account for 3 per cent of turnover of the French parent, having increased “significantly” in 2013. The company attributed the sales growth to increased production on new and existing product and increased shipments to Bulgaria and Romania from Ireland.