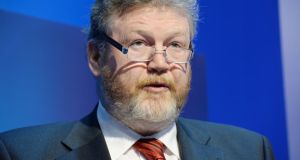 The Independent Hospitals Association of Ireland (IHAI), which represents more than 20 private healthcare centres, has told the Minister for Health James Reilly it believes his proposed legislation in this area “is contrary to EU and competition law”.

It said it would pre-restrict competition, “with a consequential adverse effect on consumers by limiting choice and reducing the quality of care”.

Dr Reilly plans to introduce legislation later this year to provide public hospitals with greater scope to charge private patients treated in their facilities. A spokesman for the Department of Health said yesterday there were no plans to change the current 20 per cent cap on the number of hospital beds designated for fee-paying patients.

Subsidising private sector
The Department of Health said revenue public hospitals received for services to private in-patients did not cover the cost of those services. It said the figure of €250 million that had been mentioned was one of a number of estimates of the value of this subsidy.

“ It is unreasonable to expect public hospitals to continue to subsidise private health insurance companies to this level on an ongoing basis, as the Government believes that the users of private services should pay for the costs of providing those services.”

“This is a means of raising money by charging privately insured patients for using a public bed in a public hospital; which, as citizens, they are entitled to and have already paid for through their taxes,” she said.

It is understood the |IHAI is concerned the proposed legislation would have implications for the market, coming on top of measures introduced by the Government in recent months in relation to the operation of a new risk equalisation scheme.