Shares in company have climbed about 15% this year 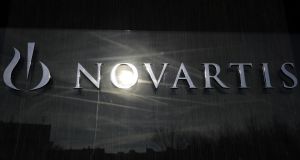 Novartis raised its earnings forecast for the third time this year as its new gene therapy got off to a strong start in its first quarter of reported sales.

Earnings excluding some items are expected to increase by a mid- to high-teens percentage this year, the Basel, Switzerland-based company said. Novartis in July forecast a low double-digit to mid-teens percentage rise.

The focus is on gene therapy Zolgensma as the company discloses the first quarterly sales of the product that costs $2.1 million. The treatment exceeded analysts’ estimates despite concerns over coverage barriers.

Piqray, a breast cancer drug, is also in the spotlight with Novartis counting on the medicine to become one of its next growth drivers. The drug beat sales estimates.

Investors are looking for an update on an investigation into problematic data involving Zolgensma. The company has faced criticism that it should have told regulators about the data irregularities before the drug’s approval in May.