Getting a start-up right the second time around 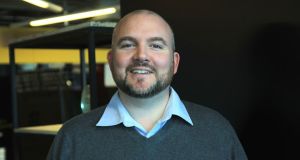 Russell Banks had high hopes for his first start-up, Conker, but the venture didn’t work out.

Russell Banks had high hopes for his first start-up, Conker, a predictive behaviour analytics tool specifically for the games sector. But when the venture didn’t work out, he moved on quickly.

His new business, Investor Sheet, helps start-ups and investors get the best out of each other.

“We’re literally pushing the beta product out the door. We’re at the exciting part where you find out whether anyone wants the product,” he said.

Banks is doing things differently the second time around.

“Fundamentally, what start-ups are taught is you need to identify a problem or need worth solving before you write any code,” he said. “But if no one’s going to pay you to solve it, there’s no point.”

In his first start-up, he identified a problem having to do with predictive analytics. He had a large potential market, but he did not talk to enough future customers to see if it was a problem worthy of solving.

According to Banks, entrepreneurs should focus on customer development for at least a month before doing anything else. He suggested compiling a survey and reaching out to 30 to 50 potential customers to validate whether the business idea will solve a real problem.

Banks said people are more likely to agree to a 15-minute Skype call than a sit-down meeting, and Skype makes it easy to reach out to people abroad. “They don’t know where you are. Suggest a meeting time in their time zone. Don’t even tell them you’re in Ireland.”

Use the survey to ask non-leading questions like, “How do you manage your social media?” instead of, “Do you have problems managing social media?” The latter question will lead the respondent to say “yes”.

“Then you think you’ve hit on this massive problem in their lives. Whereas, it’s actually problem number 97 on the list,” he said.

“After that process, recalibrate (your idea) and ask if this is still a problem worth solving. Then get someone who understands user design/experience before building anything. Use another month to button that down. And don’t build anything yet!”

This process is about finding an effective solution and being able to communicate how it will work.

“Give someone an idea of what the user journey will be like…and get someone to give you money for it,” said Banks. It is “another big validation point” if someone is willing to pay for the product.

“Next, develop the minimum viable product and get paid for it. This method doesn’t always fit. This is the B2B route. Business to consumer is tougher. Consumers want a lot more for free.”

At this point, the product does not have to be perfect.

According to Banks, it is increasingly difficult to raise investment money on the back of an idea. “Investors, even at seed level, are asking whether you have revenue coming in the door. Be able to say, yes, we’re getting paid here. Investors want to see revenue and market opportunity.”

Banks followed some of his own advice the first time around. “But we did it the wrong way around and at the wrong times. We still haven’t figured it out by any stretch, but we’re getting better at it.”