Future of food: is it time to let the Genie out of the pod?

Inspired by ‘Star Trek’ , a new concept may revolutionise how we prepare our food 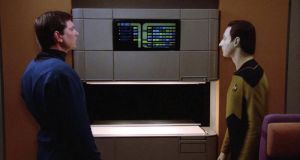 Inspirational: Star Trek’s replicator was the original inspiration for the Genie 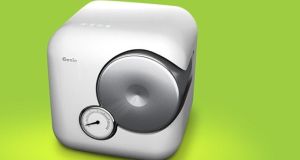 The Genie: a new food preparation device whose pods contain ingredients for hundreds of different types of meals

A recent Pew Research survey on technology and the future examined people’s attitudes to a range of potential scientific developments.

Public opinion towards short-term advances, such as robotics and bioengineering, were surveyed, as well as “futuristic” possibilities, such as space colonisation. For the most part, opinions and attitudes were mixed.

But in the future of food section, just one in five participants said they would be willing to eat meat grown in a lab.

There isn’t much demand for test tube filet mignon yet. Even if consumers were prepared to eat it, they would need deep pockets. In 2013, the world’s most expensive burger, made from muscle stem cells in a lab, cost €250,000.

However, food science has been moving in other unexpected directions. Research into genetically modified organisms (GMOs), 3D-printed food, insect-based protein (such as cricket flour) and algae consumption, as well as more radical studies into sonic-enhanced foods, are either reactions to environmental shortages or simply food scientists just trying out new stuff for fun.

One innovation may really excite the ‘gastro-techies’ of this world. The Genie is a new food preparation device that would fit right in on the set of a sci-fi film such as The Fifth Element.

Akin to an espresso-maker, which uses pods, the Genie’s pods contain ingredients for hundreds of different types of meals made from natural dehydrated ingredients.

You can make starters, main courses and desserts in 30 seconds.

Think Back to the Future’s pizza hydrator or Star Trek’s replicator. In fact, keep on thinking about Star Trek as that was the original inspiration for the Genie.

“We were working in another R&D company at the time,” says Doron Marco, chief innovation officer and co-creator of Genie, at White Innovation Company, which is based in Israel. “We were working late one night while also watching old Star Trek episodes and wanted to get some food but the office kitchen was empty and all the delivery places were closed.

“So we started talking about how we could develop some kind of food preparation device like the replicator in Star Trek [a machine chiefly used by the Starship Enterprise crew to synthesise any meal they desired on demand].

“It took around a year and a half to develop the device. A lot of trial and error was needed to get it right.”

But before you start thinking it’s just an extravagant 21st century microwave, it can bake crispy dishes, such as bread or soufflé, as well as things such as chicken ramen and couscous with vegetables.

“Nutritionally it is the same as a freshly cooked meal,” says Ayelet Carasso, chief executive of White Innovation.

“We only use fresh ingredients with all their vitamins and minerals intact, so it is the same as cooking it yourself. Genie is simply doing the same job, only more quickly.”

The meals, which come in 140-gram portion pods, are cooked on demand through Genie’s mobile app.

Once the pod is inserted, the device can mix the ingredients, and add liquids from tubes attached to the back. All ingredients are dehydrated so last for up to two years.

While the designers did conduct a number of “taste tests” with local Israeli chefs, who were reportedly very positive, one might still be sceptical of any device claiming to make tasty food using dehydrated ingredients cooked for 30 seconds.

“I don’t see how it is very different from ready meals,” says Cathrine Kramer from food think-tank the Center for Genomic Gastronomy. “It seems they are somehow inspired by the idea of pill foods, which have a long history of being just around the corner.

“However, there is a reason why pill foods have yet to take over supermarket shelves. Beyond the technological challenges, people like texture and flavour and enjoying their food too much. It’s easy to impress with a chocolate soufflé, because that is already delicious and has a unified mushy texture. I want to see and try their chicken and rice meal and see what that is like. That said, microwaves did become ubiquitous in the kitchen in the 1990s, and in some ways this is similar.”

Genie’s real potential may lie in what technology like this could do for society. The company already plans to create pods for specific dietary requirements, such as coeliac or lactose-intolerance.

“Our hope is that eventually Genie will know your microbiome and so will be able to prepare a pod just for you,” said Marco.

“We are currently working on a bracelet to measure all kinds of nutritional data from your body so that Genie can then decide what pod is right for you, given your exact nutritional needs at the time.”

One of Marco’s other major aims for Genie is to help in the eradication of world hunger.

As the contents of the pods can be tailored to suit any diet they could also be designed for those suffering from malnutrition.

“With a shelf-life of one to two years and no need for refrigeration, it would be very easy to distribute the Genie device and pods to developing countries experiencing famine or areas such as Nepal which have suffered a natural disaster.”