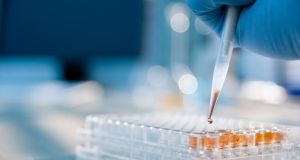 Mention the word fraud and what is the first thing you think of? Little surprise if your response was banks or bankers, although they have hardly cornered the market on use of the term.

There has been a cluster of solicitors struck off for improper use of client funds. Then there is the internet. It represents an ideal vehicle to perpetrate fraud, from rogue African princes to lottery wins for which you didn’t even buy a ticket.

There are big frauds and little ones, hurtful ones and harmless ones, but one area seems to have escaped all this skulduggery. The Irish scientific research community is above such unsavoury practices and would never consciously perpetrate a fraud when it comes to the conduct of research. Or would it?

If not, then why did the Irish Universities Association decide to launch a national policy statement on ensuring research integrity in Ireland about 10 days ago? If fraud is not present in the Irish academic research ecosystem, then why do we need to establish a policy in response to it?

Research fraud certainly does take place and sometimes to a spectacular degree. Take the case of the unfortunate Woo-Suk Hwang, the “pride of South Korea”, hailed for his development of a way to clone human embryonic stem cells.

He made the pages of the top journal Science in 2004 and 2005 and I attended one of the associated press conferences which bristled with television cameras and gangs of print journalists.

In 2006. he was done for fraud. having fabricated his results, which were subsequently expunged from the journal.

He was struck off the UK medical register in 2010 but this fraud had more sinister consequences.

Many parents not just in Britain but in any country where the MMR was in use – including Ireland – refused to allow their children to be vaccinated. This left them susceptible to the highly dangerous measles virus, incorrectly viewed as a minor infection by their parents. Common outcomes can include permanent damage to hearing, brain damage and, in the worst case, death.

Ireland has not had such high-profile frauds thankfully, but there are two reasons why we must not be smug and why we need a policy on fraud. First, the general term scientific fraud represents a range of sins and misdemeanours, for example, falsification at the extreme end and bad data-management at the other.

Poor interpretation, massaging of results and not protecting the data accumulated from research are also covered by the IUA’s policy document, as is plagiarism. So too is the disciplinary response should a fraud be uncovered.

The IUA’s policy is based largely on the concept of natural justice, but it draws on recommendations made in the European code on fraud and the Royal Irish Academy’s earlier scientific ethics policy document.

Leading scientists often find themselves in a race to be the first over the line with a piece of research or a particular finding. The difference can be stark with first place claiming the prize and second going home empty-handed.

Demanding standards and ensuring there are systems in place to deal with fraud are essential if we want to retain credibility in the internationalised business of research. For too long we have been considered the digital pirates of the software world. We don’t want our good reputation on how we collect and report the output from research to be damaged.