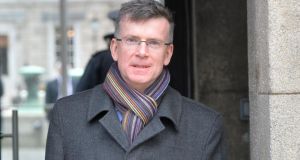 The EU-IMF Troika veteod a proposal to impose haircuts on about €4 billion worth of senior unguaranteed bondholders in late 2010, a special adviser to the former minister for finance Brian Lenihan told the Oireachtas Banking Inquiry today.

Alan Ahearne said these bonds were in the minister’s “line of sight” when the government’s original guarantee expired in September 2010 but the European Central Bank opposed such a move.

Mr Ahearne said the European Commission “sided” with the ECB and that while individuals within the IMF supported discounts being imposed, the Washington DC-based organisation did not.

The government was told that no bailout programme would be available if such a route was taken, Mr Ahearne said.

“The ECB approach was quite strident that there would not be a programme,” he said.

Mr Ahearne said imposing haircuts on bondholders could have saved the State €1.5-€2 billion but the Government backed away following the opposition of the Troika and wider ramifications for the sovereign.

Mr Ahearne said Minister Lenihan had an “open mind” as to whether a “small good bank” could be carved out of Anglo Irish Bank post its nationalisation in January 2009 before deciding to wind it down in the autumn of the following year.

Mr Ahearne, who was a special adviser to Mr Lenihan for two years up to March 2011, told the committee that he was always sceptical that a good bank could be carved out of Anglo.

“I felt its business model…large lending to property would no longer be viable,” he told Fianna Fáil’s Michael McGrath.

Mr Ahearne added that a liquidation of Anglo in 2010 was considered to be too costly. The bank was subsequently folded into Irish Bank Resolution Corporation with Irish Nationwide before being liquidated in February 2013.

Mr Ahearne said that while the cost of recapitalising Anglo and INBS amounted to about €35 billion was high relative to government debt, the burden of servicing this debt is relatively low because the it is largely held within the State sector, is long-term, and can currently be refinanced in the market at very low interest rates.

On the establishment of the National Asset Management Agency, which was set up in 2009 to take toxic property loans off the balance sheets of domestic banks, Mr Ahearne said the agency has “played a critical role in restoring financial stability in Ireland”.

“I would note, however, that an asset management company is not, and cannot be expected to be, a magic bullet to restore damaged banks to full health,” he added.

Mr Ahearne, who is a professor and head of economics at the National University of Ireland Galway, said the ECB and the Central Bank of Ireland provided “invaluable liquidity assistance” to the Irish banking system during the crisis.

“That said, I believe that the ECB in 2010/2011 misjudged the systemic nature of the crisis in the euro area,” he said.

“The ECB was overly anxious in the latter part of 2010 to reduce the amount of emergency loans that the Eurosystem had extended to the Irish banking system. There are also question marks about the ECB’s communications with markets about individual member states.”

However, the ECB felt there would be contagion in the euro area if this were allowed to happen, he added.

“It does mean Ireland ends up having a higher cost for systemic reasons,” he said, adding that certain measures were introduced by the EU and the IMF to help the State save money on its borrowing costs.

“How they all net off is a different calculation,” he said.