SMEs still struggling to get acccess to credit, survey shows 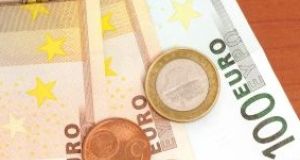 Loan approval rates for small and medium sized firms are continuing to improve although access to credit remains a big issue for SMEs, a new survey reveals.

The quarterly bank watch study compiled by Isme shows 35 per cent of small businesses who applied for funding were refused credit, down from 43 per cent at the end of February.

Overall 41 per cent of fims surveyed said they required additional or new bank facilities in the last three months, as against 42 per cent in the preceding quarter.

While over a quarter of loan applications are decided upon within a week, businesses are on average waiting for close to a month for an initial decision to be made with drawdowns not happending for around three weeks after funding has been agreed.

Of those firms who were approved for funding during the last quarter, over half have drawn down the finance, either fully or in part.

The survey indicates there was an increase in requests for terms loans and a decrease in overdrafts and invoice discounting during the last three months.

A third of respondents said they had seen an increase in bank charges imposed during the last quarter.

“Access to finance is still among the top three main concerns of SME owners, behind cost of doing business and economic uncertainty. The refusal rate of 35 per cent is still too high and points to a continued overbearing risk aversion by the main banks and their inexperienced staff,” said Isme chief executive Mark Fielding.